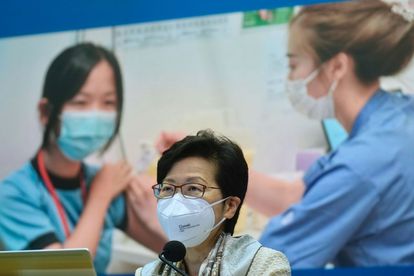 Hong Kong will resume international flights from the United States, Britain and seven other countries, the government said on Monday as it announced a loosening of some of the world’s toughest COVID-19 restrictions.

The finance hub has struggled to maintain China’s zero-tolerance policy during an Omicron-fuelled outbreak that has sparked a huge surge in cases and put the city in the spotlight with one of the highest COVID fatality rates in the developed world.

After the highly transmissible variant fuelled a wave of cases, authorities banned flights from nine countries deemed high-risk – including the United States, Britain, France and India.

But infections climbed rapidly. Hong Kong has recorded more than a million cases and 5 900 deaths this year, with the bulk of the toll among its unvaccinated elderly population.

On Monday, Lam said Hong Kong will lift flight bans for the nine countries from 1 April.

“The epidemic situations in those countries are not worse than Hong Kong’s, and most arrivals did not have serious symptoms,” she said during a press conference.

Hong Kong has also reduced the quarantine period for vaccinated arrivals starting 1 April to seven days in a designated hotel, followed by another seven days of at-home monitoring.

Lam’s administration has been excoriated for its handling of the COVID crisis, with critics calling it unprepared despite two years of breathing room due to its low number of cases before Omicron hit in January.

Once the variant broke through, hospital wards were flooded with patients and morgues overcrowded with bodies – leading to a coffin shortage last week.

Hong Kong, known as “Asia’s World City”,  has seen a record exodus of foreign and local residents, with a net outflow of more than 134 000 people by mid-March.

On Monday, Lam said that a previously floated plan to mass test Hong Kong’s 7.4 million residents was “not appropriate” at this stage, given the city’s limited resources.

“Our current opinion is to suspend it and whether we will do it depends on the development of the epidemic,” the leader said.

Beginning 21 April, restaurants may stay open after 6:00 pm for dine-in services – currently banned – while public gatherings would be capped at four people, up from the current two.

Hong Kong’s deepened international isolation and lack of a roadmap to normality have incited complaints from business and diplomatic communities, even prompting some major international banks to accelerate relocations.

Authorities had repeatedly defended its methods, saying it was necessary to maintain access to the mainland Chinese market – which still has strict border controls.

But on Monday Lam signalled an attitude shift – saying the city now has to balance its status as an international hub and as a gateway to mainland China.

“For any longer term public health strategy, we will have to take into account both factors that is maintaining Hong Kong’s accessibility to the mainland and also ensuring her continued connectivity with the outside world,” she said.

Tens of millions of people in regions across China have been put under stay-at-home orders since last week when Omicron clusters started threatening the country’s zero-Covid model.