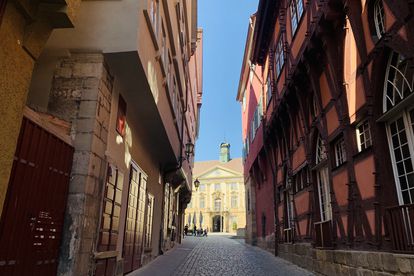 In Germany, life already seems to have returned to the normal pace of things, with some borders re-opening as soon as June.

Germany, globally recognised as one of the kingpins in the battle against the pandemic, after enforcing large-scaled testing and having successfully managing to keep down their death toll, has opened most industries and businesses once more.

Restrictions have been gradually relaxed, and at present, Germany has over 154,000 citizens who have recovered. Stores opened again weeks ago, as did restaurants — albeit, only on a take-away basis. This week, however, phasing in from Monday in different states, things take a much-anticipated turn as diners are allowed to once again be seated in restaurants, as long as distances are maintained, only card payment is permitted and employees wear face masks.

During weekends, the bustling city centres have remained unchanged over the last few weeks, with hordes of shoppers strolling along the shopping streets, and countless clusters of people happily tanning on park- and river banks. For what it’s worth, besides the requirements to wear masks inside stores and public institutions, there is almost no sense of urgency, fear or any hints at a ravaging pandemic.

Tourism and travel are scheduled to return full swing by the end of this month, with hotels and accommodation alternatives allowed to gradually re-open in most states in time for Germans to escape to tourist hotspots for summer. Additionally, Europa Park, Germany’s most popular theme park, is set to open at the end of this month.

Already, the border between Germany and Luxembourg is entirely open and free from restrictions. On 15 June, borders between neighbouring Austria, Switzerland and France will completely re-open, allowing inter-country travel to and from. Talks are being held with other countries, especially their other 25 Schengen counter-parts, to establish border re-openings and the welcoming of tourism. A complete re-opening and reception of international flights from outside the EU have not yet been decided, however, even after resumption, travellers from high-risk countries are likely to still be restricted. Notably, things are taking a positive and encouraging direction in one of the EU’s most powerful member states.

With things going the way they are and hoping South Africa contains the virus, you may just be able to visit one of Germany’s famed castles, sample beer or visit world famous German Christmas markets before the end of the year.