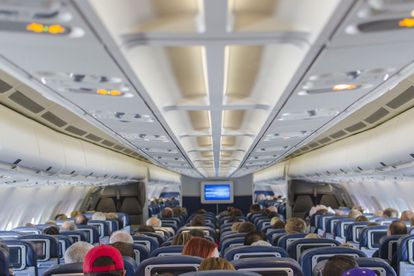 A passenger was recently arrested after assaulting a Southwest flight attendant on a Sunday morning flight in San Diego in the United States.

According to IOL and The Washington Post, the flight attendant lost two teeth and sustained injuries to the face. This comes after the passenger allegedly ignored standard instructions that the plane was about to land in San Diego.

The passenger was later taken into custody by authorities.

A new level of firmness

“This past weekend, one of our flight attendants was seriously assaulted, resulting in injuries to the face and a loss of two teeth. Unfortunately, this is just one of many occurrences. We cannot tolerate our beloved cohorts being abused in such a manner.

“Today’s travelling environment requires a new level of firmness in both tone and direction to ensure proper control in the cabin of our aircraft as the attitudes and behaviours of the flying public have, unfortunately, declined,” the letter read.

Montgomery said Southwest Airlines had the responsibility of being front and center on the matter.

The consequences of misconduct

“Inform the public of the consequences for misconduct and abuse toward our employees. Demonstrate that interference with crew members’ duties, including intimidation, threats of violence, and outright physical aggression, will not be tolerated.

“One tool to better utilise would be the Southwest Airlines restricted travellers list. The flying public needs to understand that egregious behaviour will result in being banned from flying with Southwest Airlines,” Montgomery said.

She also suggested that the US government increase the number of Federal Air Marshals (FAM) onboard.

“Request that the Air Marshals get involved and take action when a threat to a cabin crew member is present. We know from our colleagues in the industry that this problem is not unique to Southwest Airlines, so I hope you will bring this matter before Airlines for America (A4A) to initiate a quick and immediate remedy,” said Montgomery.

Meanwhile, in South Africa, confrontations have also escalated as some passengers refused to wear a mask. FlySafair’s policy is that all passengers wear masks for the duration of their time on the airline’s aircraft in a bid to reduce the risk of spreading COVID-19.

And so, in April, the South African runner Stephen Mokoka was escorted off the plane set to leave Cape Town for Johannesburg for not wearing a mask. He reportedly managed to cause considerable disruption before being hauled off with a video swearing at staff making the rounds on social media.