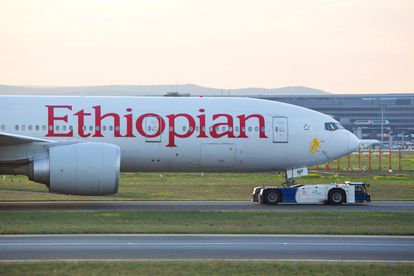 Ethiopian Airlines has continued to fly to and from South Africa, but many international carriers have not. Image: Adobe Stock

Ethiopian Airlines has continued to fly to and from South Africa, but many international carriers have not. Image: Adobe Stock

It’s become somewhat of a traveller’s nightmare as international airlines are forced to honour the ongoing travel bans implemented by their governments.

The detection of the more infectious COVID-19 variant in South Africa at the end of December 2020 led to several governments imposing travel and flight bans against South Africa.

A number of airlines were forced to temporarily suspend all flights to South African cities as a result of these government directives.

MANY TRAVEL BANS ARE STILL IN PLACE

Many of the travel bans are still in place and are being constantly renewed. This is heavily affecting airlines eager to resume services to South Africa. The longer airlines remain blocked from flying to South Africa, the more business and trust they stand to lose.

British Airways, which operates direct flights from Johannesburg and Cape Town to London, is among the latest to extend its flight bans. And thanks to an ongoing travel ban by the United Arab Emirates, Emirates Airlines has also kept suspending its South African flights.

Tourism Update reports that British Airways has extended the suspension of its flights between Johannesburg and London until 17 May.

The airline has also cancelled all its flights between Cape Town and London until 1 June. Both dates are subject to change, depending on government-issued directives regarding travel bans.

The Middle East carrier offers convenient connections through its base in Dubai. Emirates suspended all flights to South Africa on16 January and since then has extended the suspension every two weeks.

The latest suspension is in effect until 20 March. In a statement on the Emirates website, the airline said it would start carrying passengers on its flights to Johannesburg from 11 March. However, it is unable to carry passengers on its return flights from South Africa to Dubai.

THESE AIRLINES HAVE CONTINUED TO FLY

These carriers stand to gain in the long run as they have stood by passengers during much of the coronavirus pandemic. They have not faltered in providing reliable connections to passengers needing to travel to and from South Africa on their global networks during these uncertain times.