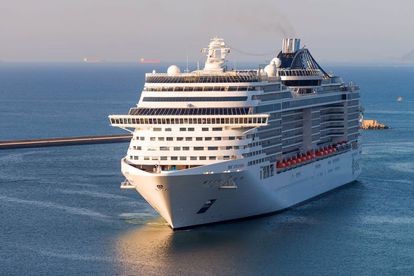 Cruising is not going to be an option for South Africans in 2021. Image: Adobe Stock

Cruising is not going to be an option for South Africans in 2021. Image: Adobe Stock

Sailing to destinations including Bazaruto, Inhaca or Portuguese Island aboard a cruise liner will remain off limits for South Africans for some time yet. MSC Cruises has been forced to cancel its local sailings until year end.

Cruise companies have suffered tremendously since the start of the coronavirus pandemic, as cruises are considered high risk for COVID-19 infection. This has resulted in some cruise liners being refused entry to certain ports of call.

In February 2020, the Diamond Princess, carrying 1,455 passengers, was refused entry into several ports. This forced diplomatic interventions to allow passengers to disembark and return to their home countries after completing mandatory onboard quarantines.

The pandemic forced cruise companies all over the world to halt all cruising in 2020. Several luxury ships were even sent to “ship graveyards” in countries like Turkey and India, where they were deconstructed and recycled.

In other parts of the world, cruises ships are still parked out at sea and along coastlines while they await more favourable conditions.

The desire for cruising holidays appears to have staged a comeback. Oceania Cruises’  180-day world cruise sold out in just one day on 27 January. It is an indication that passengers are eager to take to the high seas once again. The 180-day cruise will take place in 2023.

The pandemic is again forcing cruise companies in other parts of the world to cancel sailings for the upcoming season. MSC Cruises, a familiar operator in this country, has indicated it has cancelled the 2021 sailings it intended to operate in Southern African waters.

EFFORTS TO RESTART IN 2021 COME TO NAUGHT

Managing director of MSC Cruises South Africa, Ross Vol, said the company had worked with the local authorities to show it had implemented health and safety protocols to safely offer sailings from South Africa in 2021.

“We did our best to resume operations in South Africa safely and responsibly so that it was possible to sail in the region, just as we did in Europe,” Volk said.

TravelNews reported that the Departments of Transport, Health, Port Health and Home Affairs, with the South African Maritime Safety Authority, inspected protocols onboard the MSC’s vessels in December 2020.

While the South African authorities indicated they were satisfied with MSC’s protocols, approval to resume cruising has still not been received.

Volk said because it had not received responses from the local authorities granting permission to resume sailings in 2021, MSC Cruises had no choice but to cancel its trips from South African ports for the rest of the year.

“This was a difficult decision to make as we had invested in preparing as much as possible while the relevant authorities conducted their analysis. While we await their final decision, the delay makes it impossible for us to perform the remaining sailings,” Volk said.

MSC Cruises said voyages for the current 2020/2021 season have been moved to the next local cruise season. This will be between November 2021 and April 2022. MSC Cruises will depart from Durban and Cape Town.

Passengers affected by the cancellations will receive vouchers to the value of their current 2020/2021 cruising package.