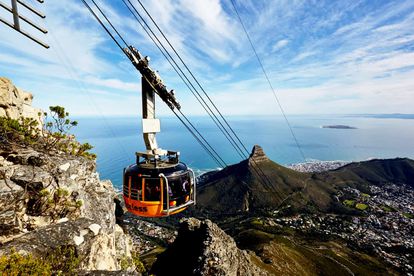 Iconic Table Mountain which became one of the New Wonders of Nature in 2011, draws tourists from all corners of the globe to South African shores. The cableway which in January 2019 welcomed its 28 millionth visitor, is in line for an international award.

Every year, the World Travel Awards acknowledge the best tourism services or products in the tourism and hospitality industries.

Table Mountain Aerial Cableway Company (TMACC) has received the exciting news that the Table Mountain Cable Car is in the running for the coveted title of Leading Cable Car Ride in the World.

This is the first time in its operational history, that the Mother City’s cable car is nominated for the award.

HISTORY OF THE CABLEWAY

Table Mountain Aerial Cableway Company began operations in 1929.  The original cableway which launched in 1929 has seen three upgrades since then. The most recent renovation was in 1997. The cableway celebrates its 92nd anniversary during the month of October.

“October marks the 92nd anniversary since operations started at the cableway company; it also marks 10 years since we became a New7Wonder of Nature,” TMACC managing director Wahida Parker said.

A Swiss engineering firm modernised the Table Mountain system in 1997, implementing a rotating cableway.  The cars now feature a rotating circular floor so passengers can enjoy 360° views while the cars ascend or descend.

DOWN BUT NOT OUT

Despite the global slump in tourism and a slowdown in international visitors to these shores, South Africa is still a highly favoured destination. No stranger to tourism awards, the majestic Table Mountain continues to grab attention and impress visitors from all corners of the globe.

“It has been a tough few months for tourism, and while our industry is finally starting to show signs of recovery, this has been the positive news we have been waiting for. We are blown away by this nomination and one we are eager to secure, especially with the world-renowned cable car rides we are up against,” Parker said, quoted in Getaway.

Table Mountain Cableway is competing against several cableways located in other parts of the world. These include :

Locals, tourists and employees in the tourism sector are able to vote for the award.  Voting for the World categories have opened, and close at midnight on the 25th of October 2021.  To vote, visit www.worldtravelawards.com/vote

“Ten years ago, the citizens of South Africa rallied and responded to the call to vote for Table Mountain as a New7Wonder of Nature and their efforts secured us that title. We are once again calling on them to help us bring it home,”  Parker said.