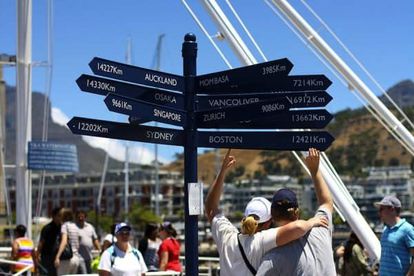 Cape Town attractions have been chockablock with tourists this holiday season, according to preliminary figures and sentiments from Cape Town’s attractions.

The city has enjoyed one of the busiest ever holiday periods so far. Table Mountain Cableway and Robben Island have revealed record-breaking visitor numbers, with other big attractions also sharing positive forecasts.

Table Mountain Aerial Cableway had a record December with 28% more visitors than in December 2014, reportedly because the weather was extremely favourable and they were open every single day in December.

Robben Island Museum (RIM) recorded the highest increase in number of visitors in December 2015, an increase of 43% more tourists visiting the museum than in the same period in 2014. A total of 46,793 tickets have been sold compared to the 33,495 in December 2014; this number being the highest ever, beating the 2010 record of 43,208 tickets when the country hosted Soccer World Cup.

The V&A Waterfront’s visitor figures measured on the Victoria Wharf Shopping Centre only, have shown an increase year on year for the month of December. They also welcomed approximately 180 000 visitors on New Year’s Eve, over the 24 hours.

In 2014 24 million visitors visited the property, and all indications are that 2015’s numbers will be roughly the same.

Kirstenbosch Botanical Gardens have welcomed almost 115 000 people over December 2015, excluding the very popular Summer Sunset concert audiences.
Since the opening of the Tree Canopy Walkway or ‘Boomslang’ in May 2014, Kirstenbosch has seen a staggering increase in annual visitors from 800 000 to just over 1 million.

Events, the rand and school holidays

The increased numbers can be attributed to a variety of factors, including events such as Cape Town 7’s at the beginning of December, and then the England vs SA test which saw a strong contingent of English supporters taking advantage of the strength of their currency.

The weakening rand definitely boosts the local tourism sector as the exchange rate remains favourable to international visitors, who can then afford to spend more; with locals opting to rather holiday in their home country. The school holidays once again ensured a big amount of domestic visitors.

“It is important to note that the busy festive weeks in December are very important to the tourism industry, but they do not make a summer season which in fact stretches from October to after Easter. So we are very happy with the December school holiday period and look forward with cautious optimism to a successful summer season still ahead as it comprises of 6 months of business. We’re also looking at 366 days of tourism this year, as we’re a year-round destination”. – Cape Town Tourism Communications Manager, Nicole Biondi

“As a city we are pleased to note the increase in visitor number that show the Cape Town continues to be a destination of choice for both local and international holiday makers. The economic impacts in particular are encouraging as they benefit the people of Cape Town and inspire job creation. Cape Town has certainly become a place to work, play and stay and as a City we continue to support this by creating the enabling environment.” – Councillor Garreth Bloor, Mayoral Committee Member: Tourism, Events and Economic Development.