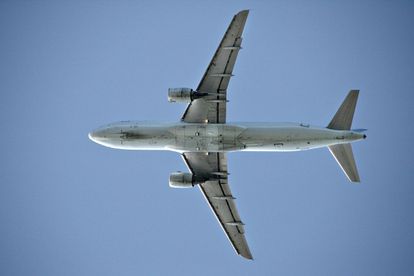 Travel restrictions were among some of the topics covered in President Cyril Ramaphosa’s address to the nation on Tuesday 22 March. Image: Canva

Travel restrictions were among some of the topics covered in President Cyril Ramaphosa’s address to the nation on Tuesday 22 March. Image: Canva

Due to the discovery and uncertainty around the new COVID-19 variant Omricron, Thailand has regrettably suspended all travel from South Africa and seven other African countries, including Botswana, Eswatini, Lesotho, Malawi, Mozambique, Namibia and Zimbabwe from 1 December 2021.

“It is with great regret that we announce our decision to impose this ban,” Chiravadee Khunsub, director of the tourism authority of Thailand according to a press release.

“The continued uncertainty around Omicron has resulted in the complete suspension of travel for South African and select African travellers until there is more clarity on the risks and transmission of the COVID-19 variant.”

Khunsub goes on to say that the Thailand authorities will continue to monitor the situation closely and review the mandate as soon as more information on the new variant is made available.

Thailand is one of the latest countries to suspend travel to and from South Africa due to the discovery of the Omicron variant.

On 26 November, South Africa was added to the United Kingdom’s (UK) travel red list again. The European Union and the United States are also among those who have imposed travel bans.

Also Read: Flight tickets between UK and SA can now cost you as much as R65 000

In an address to the nation, President Cyril Ramaphosa said there was no scientific basis for the travel bans and that South Africa was the victim of unfair discrimination.

No scientific basis for travel bans

He also argued that the bans would not be effective in preventing the spread of the variant.

“The only thing the prohibition on travel will do is to further damage the economies of the affected countries and undermine their ability to respond to, and recover from, the pandemic,” he said.

He called on countries with bans in place to “urgently reverse their decisions… before any further damage is done to our economies”.

Also Read: Repatriation flights between the UK and South Africa to resume

Ramaphosa said South Africa would not impose new restrictions, but would “undertake broad consultations on making vaccination mandatory for specific activities and locations”.