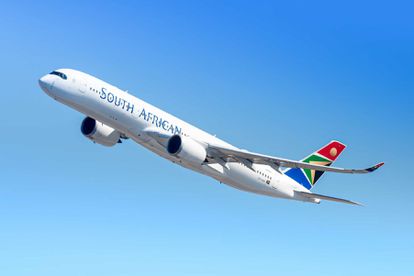 South African Airways (SAA) — which resumed flights in September 2021 — has been operating a small route network comprised of select regional destinations in nearby countries as well as one destination within South Africa, Cape Town.

The airline is trying to overhaul its image, by doing things differently in its attempt to become economically sustainable. The relaunched national airline recently completed its 1000th flight since the restart in September.

The national airline is acting with caution in the relaunch of routes and flight schedules.  Interim chief executive Thomas Kgokolo said the Omicron variant had led to a slump in demand for domestic travel but that regional demand for flights had remained positive.

“It negatively impacted our estimates for December overall. Our domestic load factor was slightly behind forecast, but this was offset by stronger-than-forecast regional loads,” Kgokolo said as per The Citizen.

NO INTERCONTINENTAL ROUTES YET

While the relaunched national carrier is trying to rebuild itself as a world-class airline, South African Airways will not be operating flights to any of these long-haul destinations anytime soon. Kgokolo said that SAA’s route network and flight schedules are dictated by passenger demand and that it was unlikely the airline would resume operating international routes this year.

“It will be driven by trends and customer demands. You can appreciate where the market is at…Everything considered, it is likely to be in a year’s time or so,” Kgokolo said.

2 MORE ROUTES TO BE ADDED

While there is little hope of using one’s Voyager miles to fly to London or New York as yet, SAA is increasing its presence locally and regionally.  The airline is gradually rebuilding its short-haul route network with the addition of flights to two more destinations from next month.

South African Airways will resume flights to Mauritius in March and is also restarting flights between Johannesburg and Durban next month.