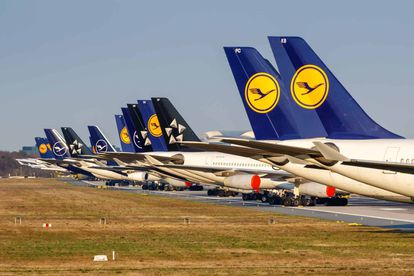 The German government has imposed a partial ban on transport and entry from countries such as South Africa due to widespread occurrence of variants. Image: Adobe Stock

The German government has imposed a partial ban on transport and entry from countries such as South Africa due to widespread occurrence of variants. Image: Adobe Stock

After imposing a travel ban on South Africa due to the Omricon variant in November, Germany issued the “update on the German travel restrictions” on Thursday, 9 December 2021, but it is not lifting its Omicron ban on South Africa.

Flights between Germany and South Africa

Following Thailand, the United Kingdom and Canada, Germany also said that Germans can visit South Africa. But, South Africans can only visit if “a very small set of exceptions” are met.

According to Business Insider South Africa, even though Germany’s statement described the country’s travel restrictions in a positive light, it announced no changes to the initial restrictions imposed in November.

Also Read: Flight tickets between UK and SA can now cost you as much as R65 000

Its Lufthansa airline continues to fly to South Africa, and “German tourists may travel to South Africa and continue to do so”, said the German Embassy in Pretoria in the statement.

Also Read: Repatriation flights between the UK and South Africa to resume

According to the German Missions in South Africa, Lesotho and Eswatini website, there are only a few, “narrowly defined” exceptions to the transport and entry restrictions.

What’s more, these persons must still comply with all entry requirements including specific COVID-related requirements such as digital registration, proof of a negative COVID-test and 14 days mandatory quarantine.

“The restrictive measures remain under constant review. They are to be lifted as soon as conditions allow,” said the German embassy.

“Germany remains firmly committed to cooperate closely with South Africa in the joint fight against the pandemic, especially in the areas of vaccine production and extension of hospital bed facilities.”