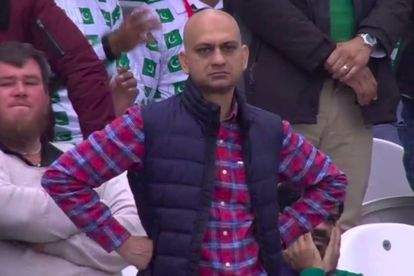 One seat left in business class on British Airways for Saturday, 4 December reached R65 000 at the time of publication. Image: KnowYourMeme

One seat left in business class on British Airways for Saturday, 4 December reached R65 000 at the time of publication. Image: KnowYourMeme

After it was announced that British Airways and Virgin Atlantic will resume flights between South Africa and the United Kingdom this week (30 November), it seems getting a seat on one of these flights can cost a person a whopping R65 000.

Cost of direct flight tickets between South Africa and the UK

This comes after various travel bans imposed on South Africa due to the Omicron variant.

While repatriation flights have resumed, South Africa currently remains on the UK’s travel “Red List” which means that from 26 November, only British/Irish citizens and those with residence rights can enter England.

UK Visas and Immigration will therefore pause issuing visit visas for the moment.

However, Business Insider South Africa reports that these flights are not that easy to come by — either on British Airways or Virgin Atlantic.

“Following the reinstatement of South Africa on the UK Government’s ‘red list’, we’ve been actively reviewing our flying schedule and will be cancelling all passenger services from Johannesburg to London Heathrow until Wednesday 1 December, when flight VS450 is next scheduled to operate,” a Virgin Atlantic spokesperson told the publication.

Flight VS450, which departed OR Tambo International Airport at 08:55 on Tuesday 30 November was almost fully booked. At the time of publication, the outbound flight only had two seats available in Premium Class, costing R24 409 each.

Also Read: Direct flights between the UK and South Africa will resume on Tuesday

One seat left in business class departing from Johannesburg on Saturday 4 December reached R65 000 at the time of publication.

It is reported that British Airways and Virgin Atlantic flights heading from London to Johannesburg have more seats available than those leaving South Africa, but even these are selling quickly.

Fewer than 10 seats were listed as available for flights departing Heathrow on Wednesday (1 December) and Thursday (2 December) at the time of publication.