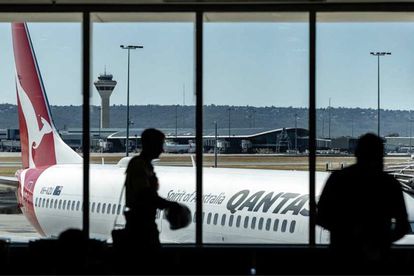 Australia has eased its entry requirements. Image via Unsplash

Australia has eased its entry requirements. Image via Unsplash

Australia has been off the radar for nationals from numerous countries due to its lengthy border closure. It was lifted in December last year when New South Wales started to allow certain types of visitors to enter its territory.

This enabled select individuals from South Africa to travel to the Land Down Under, to reunite with family members, take up studies or commence employment. These individuals had to be fully vaccinated and provide evidence of having tested negative for COVID-19.

ALSO READ: And just like that: Qantas Airlines returns to SA skies

Australia now has new border restrictions. This means that fully vaccinated foreign travellers can travel to the reopened parts of the country with negative COVID-19 antigen test result certificates. Previously, the norm was a PCR test certificate requirement.

“While PCR tests remain the gold standard test, a Rapid Antigen Test (RAT) within 24 hours is an acceptable indicator of whether a traveller has COVID-19 before flying to Australia,” a statement read.

Travellers who have contracted COVID-19 will be able to enter Australia after just seven days of testing positive, instead of the previous 14 day requirement.

Entry restrictions for movements within Australia are not streamlined.   The various states have differing requirements for travellers, which does not allow seamless movement across the country.

However, these travellers will need to take a RAT within 24 hours of arrival. This restriction applies to travellers arriving in Brisbane, Cairns, the Gold Coast and the Sunshine Coast.

A recent surge in infections – that has been linked to travellers  – has caused the proposed  5 February reopening of Western Australia’s borders to be postponed indefinitely.

Western Australia’s Premier Mark McGowan announced on 21 January, that it would be “reckless and irresponsible” for the state to reopen as planned , in light of the presence of the Omicron strain.

“Unfortunately, the world changed in December. Omicron arrived. Omicron is a whole new ball game,” he said, per Travelnews.

This means that South Africans wanting to travel to Perth will not be able to do so in the foreseeable future.