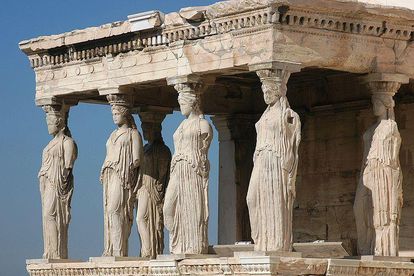 I feel a bit of a fraud writing about the breath-taking city of Athens.

So many people have done it better than I can. People like Sophocles and Euripides, Lord Byron, Disraeli, Lawrence Durrell and Patrick Leigh Femor, all of whom had lifelong love affairs with this warm-hearted ancient city, its people, its streets, its ruins and buildings leaning against each other, faded by sun and dust. Still today,  strolling along narrow cobbled streets or through ancient sites where cicadas chirrup and pines or olive trees grow, it all seems unchanged.

I first lived in Athens a few decades ago when I was working as editor of The Athens News, then the English language daily newspaper. My daily walk to work was via the Acropolis past the Parthenon and back home through Plaka, a winding labyrinth of little alleys of handsome neo-classical facades packed with shops and restaurants.

It was heaven on earth, full of tantalizing smells of food cooking, the bright colours of fabrics, geraniums, painted pottery and jewelry, and always the noise of endless conversations. There’s no such thing as a simple ‘yes’ or ‘no’ in Athens – – –  discussion is in the blood, probably why the city produced so many philosophers.

Even though Greece is going through impossible political difficulties, Athens remains one of the world’s greatest cities. Perhaps a little shabbier in the economic crisis, definitely a little tattier with its  floating population of refugees from neighbouring countries, but it is still an ever-fascinating cosmopolitan place.

Half way between Europe and Asia, with its jumble of Greco-Roman, Byzantine, Ottoman, neo-classical and modern buildings, it is the southernmost capital on the European mainland. One of the world’s oldest cities with a history going back about 3,400 years, it is generally considered the cradle of Western civilization and the birthplace of democracy.

Sprawled across a hilly central plain and surrounded by mountains, Greater Athens is home to more than 4mil people. To many visitors it is an over-night stop before heading to Piraeus to catch a ferry and discover the islands or take a tour to Delphi or Corinth or Epidaurus.

But pause and spend some time in Athens. Wander through the Ancient Agora and the Roman Market or along the Dionysiou Aeropagitou boulevard constructed around the Acropolis to visit the Theatre of Dionysus or the Herodium or the Parthenon or the Erechtheum, opened in 405BC, with its six female statues of caryatids supporting the roof. (Actually they are all now casts as five of them are in the Acropolis Museum and their sixth sister is in the British Museum.)

Have a meal outdoors in one of Plaka’s many squares or go up to Syntagma Square, where Parliament is and soldiers parade in their pompommed shoes. While there have a coffee in the grand Grande Bretagne and think about Churchill narrowly escaping assassination in the hotel at Christmas 1944 when a bomb was found in the sewer beneath the building.

End up at the New Acropolis Museum with its three levels of marvelously curated collections and an outdoor restaurant in the shadow of the Acropolis which has to be one of the most dramatic places in the world to sip an ouzo and reflect under the blue Aegean sky.

Life’s like that in Athens. Definitely worth a visit.