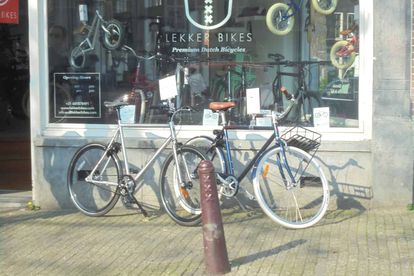 All images by Bill Russell

All images by Bill Russell

Calm, comfortable, companionable. And since the 60s, openly laidback when it comes to weed, sex, anything you fancy, really.

What to do in Amsterdam

A long weekend in Amsterdam is as good as a holiday. Built on a network of canals lined with gorgeous, narrow 17thcentury houses with amazing gables, there are more than 1,000 bridges spanning canals, 200 coffee shops (where you can often get weed) many on lovely squares and endless rumbling trams snaking through town, clanging.

Downtown Amsterdam is a crazy blend of buildings, classical architecture, neo-romantic, domes, gables, steeples and towers. And shops that sell cannabis, Dutch beer and the GIN, Jenever, Holland’s national spirit since around the 17th century.

The obvious first thing to do in Amsterdam is take a boat trip around the canals. There are 165 canals that flow like ribbons, covering about 31 miles. A one hour guided trip will set you up to master this complex city riddled with tiny streets.

Most people who visit Amsterdam go to the fabulous Rijks Museum to see Rembrandt’s famous Nightwatch and Vermeer’s Milk Maid. The Museum has been recently renovated and is packed with great stuff but it’s hell to queue for a ticket (€20) and their signage is, at best, mediocre. (If it’s Rembrandt you’re after, why not visit his house where he lived and worked for nearly two decades. It’s in Jodenbreestraat and entrance is €14.)

The Rijks Museum is massive and could take the best part of the day. Conveniently, there’s a gorgeous park right next to it where you can loll and watch dancing fountains before you set off for the nearby Van Gogh Museum with the largest collection of his paintings in the world.

But of course, it’s the Red Light District we all want to see, The Windows where the prostitutes display themselves. It’s Amsterdam’s oldest neighbourhood and is easy to find as it’s called exactly that, Red Light, on the maps. There are tours of the area if you feel a bit squeeky about tramping there alone.

As the book says, there are sex shops, women for sale, lots of leather, fetish stores and sex theatres. It seems odd to find this in such a pretty, innocent-looking city but it’s been there for about 500 years. We went on a Sunday midday and most of the Windows were empty because, we were told, the girls had gone to church. Foolishly, I tried to photograph a window that did have a girl in it and she kicked the doorframe, screamed at me and pulled the curtain. I did not know (at that stage of the visit) that you may NOT photograph the girls.

The book, Midwinter Break by Bernard MacLaverty is about a Scottish couple who go to Amsterdam for a long weekend and the wife unexpectedly finds the oldest house in Amsterdam, Houten Huis built in the 1420s. It’s a narrow black wooden house just off a magnificent square opposite the English Reformed Church in the centre of town and hidden behind a small door on Begijnhof 34 and is well worth finding.

As is the Anne Frank Huis in Prinsengracht 263-267, where the young Jewish wartime diarist wrote. Tickets only available online (annafrank.org). (Tickets tend to be cheaper online generally.)

As there are hardly any cars in Amsterdam – just trams and taxis – everyone walks. Or rides cycles at speed along cycle routes. As a pedestrian you could fall under a tram but Amsterdammers are very polite and gracious and it’s highly unlikely you’d be struck down by a cyclist! If you were, you’d need to relax in the nearest cafe in a sunny square and have a Dutch coffee and a jenever gin, or several! Maybe even a puff of the old green stuff.

Amsterdam is not cheap. If you buy a City Pass some museums are free. A multi-day Tram Ticket can be bought on the tram which has a helpful conductor behind a desk onboard. And ask hotels for maps with discounts marked on them.