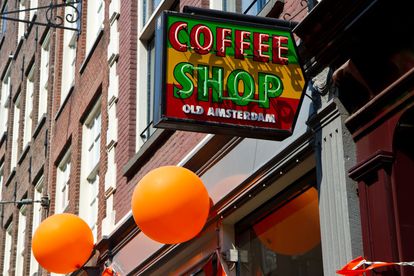 Heard about the Amsterdam cannabis coffee shop ban, yet? As reported by the New York Times, international visitors to the Netherlands’ capital will soon no longer be able to order a side of dubie with their drink of choice.

The proposed plan, outlined earlier this year by Femke Halsema, the city’s mayor, will only allow Dutch nationals and residents of the Netherlands to buy marijuana products from these local cafes dotted across the city.

Known for its liberal attitude toward drugs and it’s iconic Red Light District, Amsterdam has long reigned as one of the most liberal cities in Europe, however, policies by the government have ironically been tightening over the years.

The Amsterdam cannabis coffee shops ban forms part of their strategy to regulate the high volume of budget tourists and party-goers flocking into the city year-round. The local government attributes their arrival has to the increase in criminal activities linked to the cannabis trade.

Although numbers have slowed during the global pandemic, before 2020, a total of 46 million people visited the Netherlands back in 2019, most making a beeline for the Capital.

“Amsterdam is an international city and we wish to attract tourists – but for its richness, its beauty and its cultural institutions,” Halsema told The Guardian. She went on to say that the city’s cannabis market was simply too big and that it had unwelcomed links to organised crime.

Complaints from locals regarding the high volumes of tourists in the city include overall disruption, gentrification and an increase in short term accommodation causing high rental fees and housing shortages.

The Amsterdam cannabis coffee shops ban is rumoured to roll out next year, but it is unknown yet as to how the shops will be policed and regulated.

The owners of the coffee shops are also pushing back. As this Leafly points out, tourists will simply resort to doing business with illicit dealers out on the street, thereby perpetuating the problem of crime.

Surprisingly, the sale and use of marijuana is technically illegal in the Netherlands for possession of more than five grams. This law came into effect under the tolerance policy established in 1976, and since then Amsterdam cannabis coffee shops have always sold it.

Alcohol ‘far more of a concern’ than cannabis

Speaking on the subject at length in this Washington Post article, is Tim Verlaan, a professor at the University of Amsterdam, who proposed some interesting comments around alcohol being far more of a concern in the city than cannabis.

“I don’t know if you’ve ever smoked a joint yourself?” Verlaan recently asked the hosts of the Dutch radio program With a View to Tomorrow. “A satisfied smoker is not a troublemaker … If you want to tackle the problem, try limiting the growth of budget flights [to Amsterdam], reducing the number of hotel rooms and doing something about the holiday rentals.”