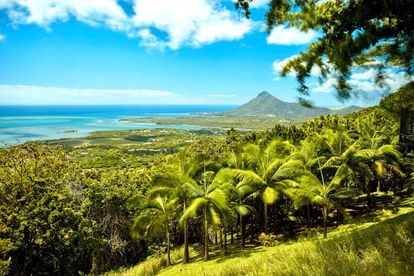 Mauritius is set to reopen its borders to fully vaccinated international visitors from 1 October and national carrier Air Mauritius has now also announced the resumption of flights to South Africa from the same date.

The first phase of Mauritius’s phased border reopening began on 15 July. Under the first phase — which is in effect until 30 September — both vaccinated and unvaccinated tourists from several nations may visit the island under strict conditions.

Vaccinated travellers are permitted to stay at approved hotels and resorts on the island — where they can enjoy their resort’s facilities and access its private beaches.  However, they are not permitted to move outside of their resort for at least 14 days.

Visitors who have not been vaccinated will be quarantined in their hotel rooms for a period of two weeks before they may move freely around the island.

The second phase of reopening is from 1 October. From this date,  fully vaccinated tourists will no longer be confined to their hotel or resort.  They will enjoy freedom of movement across the entire island.  Travellers will also need to present a negative PCR test which must be taken within 72 hours of departure to Mauritius.

Travellers are considered fully vaccinated 14 days after receiving their second dose of a two-dose vaccine and 28 days after the single-dose Johnson & Johnson vaccine.

RESUMPTION OF FLIGHTS TO SA

Air Mauritius has announced the restart of scheduled flights between the island nation and South Africa from October.

Air Mauritius will reinstate a once-weekly flight between Johannesburg and Mauritius on 1 October.  There has been no mention of restarting scheduled services for the airline’s Cape Town to Mauritius or Durban to Mauritius routes as yet.

Travellers from South Africa are still subject to Mauritius’ travel ban even if they have been fully vaccinated against COVID-19.  Business Insider says that the entry ban on South African travellers will remain in place until at least 31 August.  There is hope that the ban will be lifted before 1 October – when Air Mauritius resumes scheduled flights to Johannesburg.

“The reintroduction of Air Mauritius flights from October 1 has brought renewed hope of travel from that date. We will be booking flights again,” said Ramesh Jeenarain of World Leisure Holidays, as quoted in Travel News.