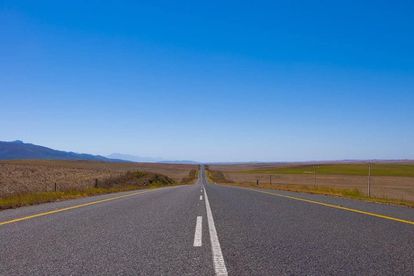 Obvious choice? Certainly. But our first drive is famous around the world for a reason. Technically just a short run from Mossel Bay to Storms River along the southern tip of the great continent, you can extend it as far as Cape Town in the west and Port Elizabeth in the east if you’re feeling adventurous.

Either way, prepare yourself for scenery and wildlife like never before, from the forest floor to the ocean’s roar. It’s enough to make anyone feel all poetic, you know.

Just down the road from Nelspruit and the Kruger National Park is this little gem in the heart of rural Mpumalanga.

Take a full day to trawl through an ancient, mountainous landscape. Taking on this section of the R40 at a steady pace will not only look after your suspension, it’ll give you ample opportunity to appreciate what are thought to be some of the oldest rock formations on planet earth.

Nestled between Johannesburg, Swaziland and Mozambique’s capital Maputo – it’s an ideal day trip as part of a greater adventure on Africa’s roads.

Pop on your aviator shades, settle in and pretend you’re starring in a Hollywood movie. Well, once you’ve scrabbled around the glove box for your R42 toll fee.

Just a few kilometres from Cape Town and a few hundred metres above the Atlantic Ocean, marvel at how we humans managed to build a road at all in such a thrilling, treacherous setting.

If you want to dodge the traffic go first thing in the morning, or dare we suggest late in the afternoon before a few sundowners in Camps Bay? Go on, you can afford it as a glamorous film star after all.

This isn’t the longest drive in our list, but pack a picnic and give yourself a long day to do it justice.

The natural beauty of Mpumalanga will have you pulling over and hopping out to marvel at it over and over on the scenic R352 north, with a little detour to God’s Window on the R534 highly recommended.

In fact, this drive is just one of many that make up the Panorama Route. Keep a map close to hand and use this one as the base for an adventure of a lifetime with the whole family.

Make former gold mining camp Graskop your base and have a ball.

Ready for a long one? Excellent. Take at least two or three days to meander up South Africa’s west coast, through the Northern Cape and across the border into desert neighbour Namibia.

Treat yourself an early-ish break in the Cederberg or Namaqualand for fine wine and fynbos. You’ll be well catered for by a whole host of hotels, guest houses and camp sites along the way.

Once over the border, continue north to capital city Windhoek then, from there, it’s up to you. Turn left and it’s the coastal resort of Swakopmund and on to the Skeleton Coast. Turn right and it’s across into Botswana.

Take your pick and see where the desert winds take you.

6. East London to Durban, via the Wild Coast

Slow it right down for this one. Not for your fuel economy (although every little helps, right!) but because you’re going right off the beaten track. With a bit of forward planning, this can be a truly special drive through the Transkei.

Sneak off the N2 and snake down to Coffee Bay or Port St Johns for a few nights’ peaceful getaway by the Indian Ocean.

Back on the asphalt, stop off at the Nelson Mandela Museum in Madiba’s home of Qunu, right on the N2 between Butterworth and Mthatha.

Start out at the foot of the Swartberg Mountains in homely Prince Albert and trek south on the R328, through the incredible Swartberg Pass.

Wind your way down to Oudtshoorn where you can relax your arms after a serious amount of steering.

But wait, there’s more! Head south on the R62 and then wiggle through the Outeniqua Pass on the N9/N12 all the way down to some well earned rest in George.