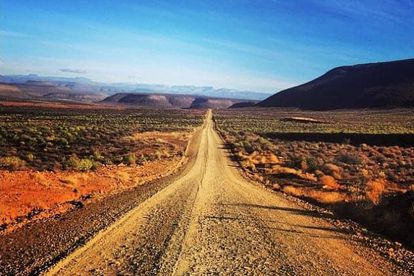 Just north of the Augrabies Falls lie the Riemvasmaak hot springs – the product of volcanic eruptions. The springs are located in a deep ravine bordered by 80m-high granite cliffs and surrounded by 5,000 hectares of rugged wilderness.

Located in the foothills of the Wittenberg mountains, Lady Grey is a rural village near the border with Lesotho.

This village is home to a sprinkling of charming country cottages and completely tucked away.

Lady Grey is even more beautiful (and chilly) in Winter.

#skyrun You truly are a “race” like no other! Had the most incredible weekend in the #witteberg mountains. They teach you so much every time, they humble you to a grain of sand & spit you out feeling like you can conquer the world! Cannot wait to return… Thank you Damo, Dogf#%k @bry_bry_za & Gironkey @andrewkingphoto for the most unreal team! Privileged. ???? @andrewkingphoto @pureadventuresza #explore #trailrunning #adventure #outsideisfree #soulfood #skyrunning #Easterncape #snow #simplelife #finishedbusiness

The Inanda dam lies within the Valley of a Thousand Hills, approximately 40km from Durban.

For killer views from Umhlanga to the bottom of Durban, head up to Inanda Mountain Viewpoint.

There is much more to this Karoo town that a giant postbox. Many of the flowers found in Calvinia are indigenous only to this region.

Nothing quite like the ancient twisted roots of an old sycamore. #ndumogamereserve #ndumo #treeporn #southafrica #kwazulunatal

Oh, and some wildlife roaming about too.

The former region of the Pondo kingdom is an exquisite coastal stretch between the Mthatha and Mtamvuna rivers.

The pristine beaches and seascapes are enjoyed by locals and cattle alike.

In Pondoland, waterfalls drop directly into the sea.

In fact, the first slave monument in South Africa was built at the Elim Moravian Mission Station in memory of the emancipated slaves who found refuge there.

What a cute little town on the way to Cape Agulhas along the new Fynbos Road. #westerncape #southafrica

Known as South Africa’s very own Lake District, Chrissiesmeer is a wetland district with approximately 270 lakes and pans.

It is best known for bird watching, and in the late summer, thousands of flamingoes stop over for a bit.

Chrissiesmeer is South Africa’s (and Mpumalanga’s) very own lake district. The region has more than 340 lakes and pans and makes up part of the province’s grasslands and wetlands region. #MeetSouthAfrica #ShotLeft #MPHeritageRoute #Mpumalanga

It is also a beautiful outdoor venue for forest weddings.

The forest served as a gathering place for Khoisan hunters to source quivers in the form of hollowed out branches of the tree to hold their hunting arrows.

The trees have smooth branches and scale-like bark, producing yellow flowers in Winter. They grow to the age of 400.

These are Quiver trees, situated in the Western Cape of South Africa on Gannabos farm, the largest aloe forest in the world, they are a cornerstone of the Khoisan culture. It is quite a sight to behold – a photographers playground. #quivertree #gannabos #southafricanphotographer #travel #theculturetrip #beauty #scenic #igers #view #all_shots #instagram #exploringtheglobe #fotocatchers #featureme #featuremeinstagood #featureme_superhubs

This wilderness area is known for its rugged landscape, clear mountain pools and unique rock formations.

The slopes are home to fynbos species and colorful flowers as well as the klipspringer, grey rhebok, grysbok, leopard, caracal, African wild cat, mongoose, and genet.

While the name suggests chilly winters, the summers are usually extremely hot, meaning a lot more time spent in the water.

Amazing weekend out in the Cederberg / Groot Winterhoek area. 10 people and multiple hectares of land to ourselves. The crazy heat meant most of the time was spent in and around water. This shot captured this morning of a future Dusi champ paddling the dam. #outdoors #cederberg #dasklippass #grootwinterhoek #rockhaven #westerncape #paddling #morning

The ‘cloudy mountains’ are a subrange of the Drakenberg punctuated with steep gorges, gorgeous ravines, potholed pools, waterfalls and wide grasslands.

The reserve extends for 22,000 hectares and is a welcome spot for hikers walkers and picnickers.

Just another beautiful day in Africa…