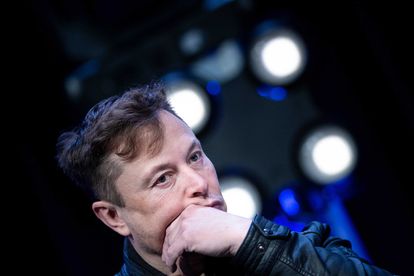 Elon Musk, founder of SpaceX, listens to a question during the Satellite 2020 at the Washington Convention CenterMarch 9, 2020, in Washington, DC. Photo: Brendan Smialowski/AFP)

Elon Musk, founder of SpaceX, listens to a question during the Satellite 2020 at the Washington Convention CenterMarch 9, 2020, in Washington, DC. Photo: Brendan Smialowski/AFP)

On Wednesday 15 July, Elon Musk’s Twitter account was reportedly compromised by a hacker — or a group of hackers — behind a bitcoin cryptocurrency scam.

Update: According to The Verge, Twitter “completely disabled the ability for many accounts to send tweets”. The ban was announced at 2:32 on Thursday morning, followed by the ban being lifted at 2:41.

TechCrunch then reported that the hacker behind the scam allegedly gained access to a Twitter “admin tool” on the company’s network. It allowed the hacker, or group of hackers, to hijack high-profile Twitter accounts.

Eagle-eyed netizens believe that the website CryptoForHealth.com is behind the widespread bitcoin scam. The domain was registered on the same day as the attack. The site has since been flagged for phishing and taken offline.

Coin Telegraph reported that CryptoForHealth was registered by one Anthony Elias of California, using mkeyworth5@gmail.com,

The hackers tweeted from the billionaires’ accounts that they “are giving back to the community” and claimed that a “bitcoin sent to our address will be sent back to you doubled.” The first tweets were sent out at approximately 21:00 SAST.

While all the tweets shared across multiple different accounts differed in wording, the Bitcoin Wallet address was the same. Most of the tweets have since been deleted, however, we’ll include the screenshots further down.

“It’s unclear how widespread the operation is, but it appears to be affecting major companies and extremely high-profile individuals, suggesting that someone has either found a severe security loophole in Twitter’s login process or has gained access to a Twitter employee’s admin privileges”.

The hackers appeared to have received cryptocurrency totalling $110 000 (R1.8 million). Due to the nature of the scam, with bitcoin being sent back and forth between accounts, the final balance continues to fluctuate. Blockchain-based cryptocurrency transactions are public.

2FA and strong passwords of no use

The co-founder and CEO Gemini, Tyler Winklevoss, confirmed that Gemini’s twitter account, “along with a number of other cryptocurrency Twitter accounts, has been hacked”. He added:

“This has resulted in Gemini, Coinbase, Binance, and Coindesk tweeting about a scam partnership with CryptoForHealth. DO NOT CLICK THE LINK! These tweets are SCAMS.”

According to Winklevoss, Gemini had 2FA (Two-factor authentication) enabled for @Gemini, but the security measures were not enough to weather the storm. He said his team is “currently investigating root cause”.

Most of the other accounts confirmed that 2FA was in place, along with strong passwords. However, eagle-eyed fans noted that the scam tweets were posted using Twitter’s web app.

Hi hackers. Next time you access the god mode on Twitter accounts, tweet something useful instead of a stupid scam. Imagine the impact if you use your powers to tweet “wear mask” from famous accounts.

This is developing story. We will provide additional updates when information becomes available.

Daily devotion: Your bible verse and prayer for 03 January 2023