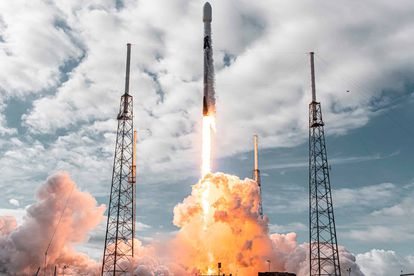 Falcon 9 launched 143 spacecraft to orbit – the most ever deployed on a single mission, including 10 Starlin satellites – on 24 January 2021. Image via Twitter: @SpaceX

Falcon 9 launched 143 spacecraft to orbit – the most ever deployed on a single mission, including 10 Starlin satellites – on 24 January 2021. Image via Twitter: @SpaceX

SpaceX is preparing for its third and fourth Starlink missions of the year. Starlink-18 and 19 were initially planned to launch atop Falcon 9 rockets on Tuesday 2 February; the mission was postponed due to “rough eather in the recovery area”.

The next window for the launch was confirmed for Thursday, 4 February, and SpaceX said at the time that the first countdown would start at 1:19 local time, followed by the second launch four hours later.

It has now been postponed for the third time. Fret not, launch delays are common and the schedules could change again at the last minute. Here’s what you need to know, and when to tune in for the next Starlink mission.

SpaceX confirmed for a third time that the launch would now take place on 5 February 2021 in order to “allow for additional time for pre-launch checks”.

As per confirmation received at the time of publishing, the first launch window will open at 5:14 Eastern Standard Time (EST). For SA viewers, that would be 12:14 South African Standard Time (SAST).

If you’re watching from elsewhere in the world, set your alarm for 2:14 PT (Pacific Time) or 5:14 Central Time (CT) in the United States. Alternatively, it would be 11:14 British Summer Time (BST).

Those in Australia will need to be ready at 21:14 Australian Eastern Standard Time (AEST). New Zealanders, that’s 23:14 NZDT (New Zealand Daylight Time) for you on 5 February as well.

The satellites will be launched into low-Earth orbit atop Falcon 9 rockets – Booster B1059.6 for Starlink-17 and B1049.8 for Starlink-18. However, do take note that SpaceX only confirmed one of the launches (for now).

The rocket will liftoff from the John F. Kennedy Space Center, on Merritt Island, Florida, United States. The live stream will start 15 minutes before liftoff, and we’ll update the following video closer to the launch, if necessary.

The second batch (Starlink-19) will launch from the Cape Canaveral Space Force Station, once a launch window has been confirmed. As for the rockets’ return, SpaceX said:

“Following stage separation, SpaceX will land Falcon 9’s first stage on the ‘Just Read the Instructions‘ drone ship, which will be located in the Atlantic Ocean”.

This will be SpaceX’s 18th and 19th Starlink missions, meaning the company will be sending more than 120 satellites into space – usually 60 satellites per batch. Starlink-20 and Starlink-21 are provisionally planned for the end of February.

SpaceX will also be sending another batch (yep, you guessed it: Starlink-22) into orbit at some point in March. SpaceX has, to date, launched 1 025 SL satellites into space, of which 961 are currently in orbit around Earth.

The last mission was on 21 January 2021. The Starlink initiative will eventually see 4 409 satellites launched into orbit followed by a further 7 518 that will do their work at a slightly lower altitude to the rest of the satellites.

Launching Internet satellites into space is only part of SpaceX and Starlink’s objective. Elon Musk also plans to use revenue from the Internet coverage mission to develop and build the Starship spacecraft and Super Heavy rocket.