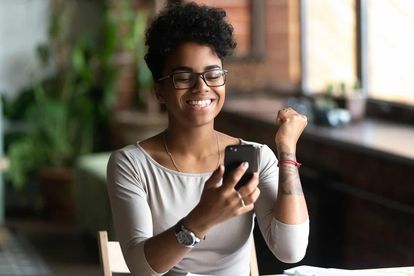 Trade and Industry Ebrahim Patel on Monday said his department will further study the far-reaching report of the Competition Commission which has found that data prices in South Africa are higher than they should be, and are anti-poor.

“They found that there is indeed a competition problem in the market for data. The report notes that data prices are higher than they should be, and higher than in many other markets elsewhere in the world.

“They found that profitability levels are very high, reflecting anti-competitive outcomes and potentially the subject of an excessive pricing investigation,” said Patel.

“They [the Competition Commission] drew attention to the structure and practices in the market that results in discrimination against lower paid consumers and they found that the roaming markets are not working or are not working as they should.”

He said data costs are critical for the performance, not just of the digital economy, but of the entire economy.

“If you think of the 20th century as a century that was reshaped by oil and steel, the 21st century is being reshaped by data,” Patel said.

“The academic literature, and studies by the World Bank have all indicated a strong relationship between data prices and access on one hand and economic performance on the other hand. If we want to grow the economy then we need to have the lowest possible data prices.

“Information and Communication Technologies are reshaping not just the digital economy but value chains across the economy. From food companies, banks and car makers, many parts of the economy have become increasingly reliant on integrated digital platforms to produce goods and services.”

He said critical development areas, such as provision of healthcare services and skills development, were impacted greatly.

“Affordable consumers access to digital services – and, most importantly, for lower income consumers – is thus of critical importance to a functioning economy and democracy,” Patel said.

The minister of will now table the final report in Parliament within the next two weeks, in terms of the Competition Act.

Patel handed over the report to his counterpart, Communications and Digital Technologies Minister Stella Ndabeni-Abrahams. She said her department has engaged in efforts to reduce data costs in South Africa.

“Data access and affordability are integral to ensure the full participation of our communities in the digital economy. As a department, we have prioritised spectrum licensing as part of the interventions to reduce the cost of data,” Ndabeni-Abrahams said.

“We therefore look forward to further engaging with the report and exploring its recommendations,” she said.

The Competition Commission’s Data Services Market Inquiry released on Monday has found that profitability for mobile network operators in South Africa exceeds that of operators in similar markets, including those markets where South African operators are working in.

The Competition Commission had warned service providers to reduce their excessive prices within two months or face prosecution.