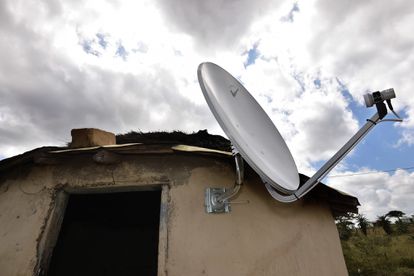 South Africa aims to complete its digital broadcast migration by 31 March 2022. When this happens all analogue television signals will be switched off and only digital transmissions will be broadcast. Analogue television sets need a decoder (or set-top box) to access the digital signals.

The South African Post Office (SAPO) said: All South African households with an income of R3500 per month or less and a working television set qualify for a government subsidised set-top box.  Qualifying beneficiaries must visit their nearest Post Office branch as soon as possible with the following documentation:

The Post Office said applicants do not have to visit a police station to do an affidavit as SAPO branches have standard affidavits that can be used to declare income and confirm the ownership of a working television set and a residential address.

Once an application for a decoder has been approved, the information is passed on to Sentech to appoint a local installer.

The post office added that households that have already applied for a decoder do not have to reapply even though the decoders have not been installed yet.

“Installations are done per province and appointment of local installers is done by Sentech via local municipalities.  There is no need to re-register to make sure you receive a set-top box,” said SAPO.

To improve efficiency, there will be a separate queue for decoder applications at Post Offices. “If you are a SASSA beneficiary and you have a working television set, remember that you qualify for the subsidised set-top box.”

Analogue signals are denser than digital broadcast signals. The migration to digital broadcasting will unclog the spectrum and provide South Africans with more access to a variety of content.

“A digitised signal can allow for up to ten TV channels (standard definition) to be broadcast, whereas a single analogue channel would require the whole frequency,” said Guy Berger, explaining the inefficiency of analogue broadcasting in his book Challenges and Perspectives of Digital Migration for African Media.

So, instead of the traditional channels, which we are accustomed to on public broadcasting: SABC 1, 2, 3, ETV and a community television station, the decoder will enable access to at least 22 television channels and 19 radio stations.