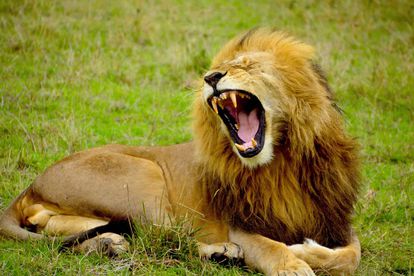 Image by David Mark from Pixabay

Image by David Mark from Pixabay

The roar of a lion is one of the most thrilling and captivating sounds of the wild. This characteristic call is typically delivered in a bout consisting of one or two soft moans followed by several loud, full-throated roars and a terminating sequence of grunts.

Now scientists Oxford University, well-known for their research involving the late Cecil the Lion in Zimbabwe, have teamed up with colleagues in the Department of Computer Science to discover the precise ways in which each lion’s roar is distinct, identifiable and trackable.

Device matches a lion to a roar

Harnessing new machine-learning techniques, the group designed a device, known as a biologger, which can be attached to an existing lion GPS collar to record audio and movement data.

The biologgers allow the scientists to associate each roar with the correct lion by cross-referencing movement and audio data through the large datasets of roar recordings collected.

With the data collected by the biologgers, the scientists trained a pattern-recognition algorithm to ‘learn’ each individual’s roars and then tested the algorithm on sequences that it had not seen before to determine whether the shape of the contour as a whole is an important distinguishing feature.

Results, published in Bioacoustics, the International Journal of Animal Sound and its Recording, reveal that it is possible to classify roars according to individual identity with 91.5% accuracy.

These findings suggest that the overall shape of the fundamental frequency of the full-throated roar contour is consistent within each individual’s roars and sufficiently different from other individuals to allow for accurate classification of individual identity.

Previous research has shown that lions can recognise the calls of other individuals, allowing them to locate distant companions and also to avoid potentially hostile neighbours. But little has been understood about how individuals convey identity information in the structure of their calls.

Lions can identify each other

These new findings reveal a possible mechanism for individual vocal recognition amongst African lions.  They indicate that individual lions may be able to learn the subtle variations in the fundamental frequency of other lions’ roars and thereby associate particular variations with particular identities.

Andrew J. Loveridge, from at the Department of Zoology, said: “African lion numbers are declining and developing cost-effective tools for monitoring and, ultimately, better protecting populations is a conservation priority.

“The ability to remotely evaluate the number of individual lions in a population from their roars could revolutionise the way in which lion populations are assessed.”

Andrew Markham, from the Department of Computer Science at Oxford, added: “Being able to accurately distinguish between individual roars using machine-learning algorithms could facilitate the development of alternative techniques for assessing population density and tracking individual movements across the landscape.”

The scientists now plan to develop their work by carrying out play-back experiments using modified calls. They hope that they will be able to determine whether the fundamental frequency alone conveys sufficient information on individual identity to enable vocal recognition.

With rapid technological advances, automated acoustic monitoring of lion populations may not be far off, they believe.