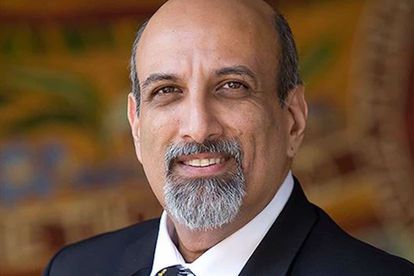 Just a month after stepping down from SA’s Ministerial Advisory Committee on COVID, Professor Salim Abdool Karim is back in the game – and going global: He’s been appointed to the World Health Organisation (WHO) Science Council.

The Council was established earlier in April, to help guide WHO’s research. The nine-member team comprises of internationally renowned experts from around the world – and Professor Karim is proudly flying the flag for South Africa.

“I am looking forward to participating in this council providing scientific advice to WHO on future developments in health that the world needs to be better prepared for. Pandemics such as Aids and COVID-19 have highlighted the important role of science in global health.” | Professor Salim Abdool Karim

‘Slim’ also received some high praise from SAMRC President Glenda Gray. The two worked tirelessly together in order to get the pandemic under control in its first year of existence, and Karim’s ex-colleague has hailed his work ethic:

“This global recognition of the hard-working Prof Abdool Karim is testimony yet again of the calibre of health professionals and the expertise that we have in South Africa. As the SAMRC and the broader scientific community in the country, we are very proud and will continue supporting him in this venture for the improvement of the lives of people.”

WHO is Salim Abdool Karim?

He is also a Director and Co-Founder of the Centre for the Aids Programme of Research in South Africa (CAPRISA), the former President and CEO of SAMRC, and now the Director of the HIV-TB Pathogenesis and Treatment Research Unit.

The Professor has previously been recognised for his immense scientific contributions to HIV prevention and treatment, and his COVID-19 research in South Africa and abroad. His glittering CV has now landed him a job with the biggest health organisation in the world – and one that will remain crucial for us all in the ongoing fight against coronavirus.