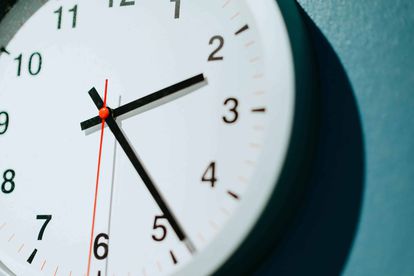 We’re four months into 2021, and already, it feels suspiciously like its infamous predecessor. We still have a lockdown, and coronavirus remains a threat. If this year is going to fulfill its potential to become anything like 2020, then we will heartily welcome anything that cuts it down a bit – even if that comes via a ‘negative leap second’.

Get ready for a negative leap second in 2021

Scientists have been mulling whether to remove one second from the 2021 calendar this year. It would be the first move of its kind, and certainly, seems like the audacious type of experiment you only hear about in a B-movie. But you’ll be pleased to know that there is at least a method behind the apparent madness.

It’s understood that the Earth is now spinning faster than it was before. Given that one full rotation of Earth determines the length of a day, this has huge implications for our timekeeping. A quicker cycle means that our days are being shortened at a fractional rate – mere milliseconds – but this has the ability to play havoc with the way our clocks are monitored.

Could this year be shortened?

Atomic time and solar time are two scientific – and highly complicated – methods of monitoring the metrics, each second of every day. If we end up out of line with the laws of nature, it could have a significant impact on the way our electrical equipment works. Positive leap seconds have previously been added to keep things like GPS signals, online services, and communication devices up and running – but a negative adjustment has never happened before.

Peter Whibberley, a senior research scientist with National Physical Laboratory’s time and frequency group, told the UK media that the possibility of a negative leap second taking place in 2021 is ‘very real’, but no final decision has been made.

“It is certainly correct that the Earth is spinning faster now than at any time in the last 50 years. ‘It’s quite possible that a negative leap second will be needed if the Earth’s rotation rate increases further, but it’s too early to say if this is likely to happen. There are also international discussions taking place about the future of leap seconds.