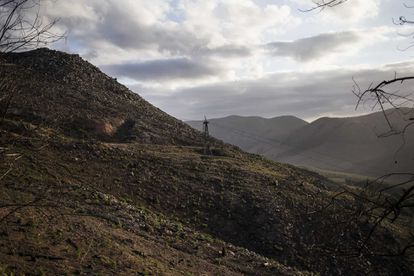 The Makhonjwa Mountains as seen from the Eureka Viewpoint on the geotrail near Barberton, Mpumalanga. Photo: WIKUS DE WET / AFP

The Makhonjwa Mountains as seen from the Eureka Viewpoint on the geotrail near Barberton, Mpumalanga. Photo: WIKUS DE WET / AFP

Organic molecules that seem to be from outer space in 3.3-billion-year-old rocks. The findings were published in a new study in the journal Geochimica et Cosmochimica Acta.

Gizmodo reported that in the deposits of rock in the Makhonjwa Mountains or the Barberton Greenstone Belt were analysed and what they found was pretty interesting. As Gizmodo explains:

The researchers measured how the samples’ electrons responded to a slowly changing magnetic field. They found different kinds of signals in the slices – most of them corresponded with carbon signals found elsewhere on Earth but, for one slice, it looked more like the signal from carbon-containing meteorites.

What’s the big deal about these alien rocks?

You might think to yourself: well, duh… meteorites fall to earth all the time. While that’s true, scientists were surprised that the presence of these “otherworldly” materials was still detectable billions of years later.

“This is the very first time that we have found actual evidence for extraterrestrial carbon in terrestrial rocks,” explained one of the scientists.

Theories of what caused the alien rocks

Right now, the theory is that perhaps the layer scientists analysed formed after a meteor impact produced a layer of dust in the atmosphere that then settled beneath a layer of volcanic ash.

But while it’s pretty cool for us here on earth, it might actually make phonining ET a bit more difficult.

New Scientist that finding layers of extraterrestrial organic carbon from asteroids might complicate efforts to find similar-looking biosignatures on other planets, like Mars, since the signature an asteroid deposited might look like the signature of life.