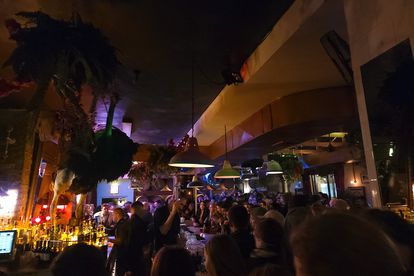 Take photos even in low light on a night out with the Samsung Galaxy S22 Ultra. Photo: Hannah Rossi/The South African.

Take photos even in low light on a night out with the Samsung Galaxy S22 Ultra. Photo: Hannah Rossi/The South African.

Untold adventure waits on any night out with friends and while memories may fade, moments can be captured forever with the Samsung Galaxy S22 Ultra’s class-leading quad-camera.

Whether you need Insta-worthy snaps or video clips for TikTok, the S22 Ultra has got your back thanks to its Nightography capabilities.

A unique combination of hardware and software enhancements makes the device a low-light photography beast. Users with shaky hands can say goodbye to blurry photos and videos thanks to improvements in image stabilisation.

The S22 Ultra’s 108MP camera has a sensor that is 23% larger than its predecessor. This means crisp photos are possible even if the only illumination source are strobe lights or a star twinkling in the night sky. It is even coated with an anti-reflective layer – Super Clear Lens – which eliminates lens flares.

The 40MP selfie camera means that there isn’t too much of a drop in quality when taking self-portraits. Both the rear and front cameras benefit from Samsung’s Adaptive Pixel technology which sees the data from multiple pixels (nine for the rear, four for the front) combined into a final photograph with richer colour and contrast.

With Auto Framing, the video stays centred and focused on the subject even while the camera moves or the subject moves in and out of the frame. The device has the ability to detect up to 10 subjects and users can lock onto subjects they choose – meaning your friends’ faces will not get lost in the crowd.

The S22 Ultra’s sleek and elegant design looks great from any angle and hides a built-in S Pen that can be used for a variety of functions – both creative and productive – including note taking and it can be used as a camera shutter release.

The device’s camera array has been improved without an increase in bulk – the S22 Ultra’s four lenses do not noticeably protrude and appear to float above the phone’s body. Underneath the hood, sits a 5000 mAh battery that is capable of lasting throughout the night and then some.