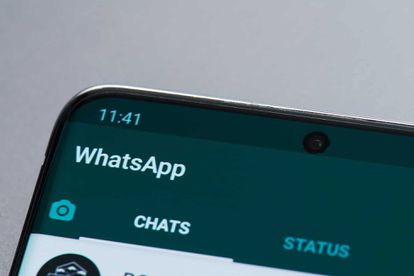 WA Beta Info announced on Tuesday, 13 October 2020, that WhatsApp developers have submitted a new beta update; it includes a preview of the upcoming in-app support feature.

The feature is reportedly still under development; however, beta testers would be able to preview the feature ahead of it’s release in a future build. Here’s what we know.

The team at WA Beta Info said that the feature preview is available in the most recent beta version. That said, they haven’t received any official updates with regards to the new features.

While users can mail send WhatsApp a direct mail (on support@whatsapp.com), the process is slow and tedious, and many users report that they only receive automatic responses and nothing more.

WhatsApp developers are, for that reason, currently working on an in-app alternative that would allow users to “communicate with technical support”. The feature includes a message field.

From the screenshot shared in discord, the feature also has a section where users could submit device information and technical details, such as your device model, settings and logs.

How does the new feature work?

Once your query has been received, the WhatsApp support team will reportedly directly “respond to you in a WhatsApp chat”. WA Beta Info points out that this will be received in a WhatsApp Support Chat.

“When WhatsApp has an answer for the user, he will receive the message in a WhatsApp Support chat, allowing to communicate with the technician. When the conversation is over, the chat will be automatically marked as closed”.

Furthermore, users would be able to open new tickets from an official Contact Us section within the Settings menu. Beta testers can install the latest version through Test Flight. The beta program is currently closed.

WhatsApp recently introduced the ‘Always Mute’ option for the Web/Desktop app, as well as new attachment icons and a catalogue shortcut for iOS and Android in the 2.2039.9 beta update.

WhatsApp is also reportedly working on a yet-to-be-released ‘expiring media’ feature will enable WhatsApp users to share media files which will disappear once the chat is closed. As per the beta update:

“When the user decides to send an expiring media (images, videos and GIFs), the media will disappear in the recipient’s phone, once he leaves the chat”.

In addition, another beta update specifically for Android users was titled “New Storage Usage”. The feature, which was recently rolled out to testers, came with “general bug fixes and improvements” to Storage Usage UI tools.

The storage section has reportedly been “completely redesigned” to improved usability. It now includes a “modern storage bar” that provides a breakdown of how space is used.