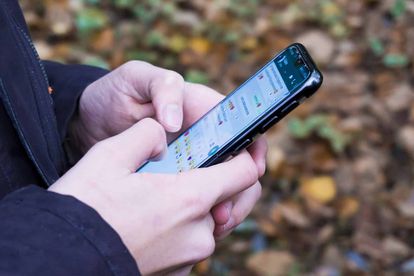 WhatsApp developers confirmed on Thursday 5 November that it would be introducing disappearing messages, similar to SnapChat’s feature. Here’s what you need to know.

A year in the making

The disappearing messages feature was first mentioned back in October 2019, when WhatsApp rolled out a work-in-progress version of the feature through its Google Play Beta Program.

At the time, trusted WhatsApp analyst and tester WA Beta Info, confirmed that users would be able to select a “self-destruction” for messages. WA Beta explained:

“The user can mark the chat as ‘disappeared’ enabling the option ‘Disappearing messages,’ in Group Info (when the feature will be available for everyone).”

As per a WhatsApp statement, users would now be able to allow for messages to automatically be deleted after seven days. WhatsApp said it wanted to mimic “real-life conversations”.

“Today, WhatsApp messages often live on our phones forever. While it’s great to hold onto memories from friends and family, most of what we send doesn’t need to be everlasting. Our goal is to make conversations on [the app] feel as close to in-person as possible”.

That means that messages “shouldn’t have to stick around forever”, according to WhatsApp. Facebook, the platform that owns WhatsApp, recently introduced a similar feature on Messenger.

WhatsApp explained that shopping lists or store addressed you received a few days ago “will be there while you need it, and then disappear” when you don’t need it anymore.

Similar to Signal and Messenger

As reported by Amy Thomson, the new feature “moves WhatsApp closer to rivals such as Signal, a messaging app endorsed by whistle-blower and privacy advocate, Edward Snowden”.

Signal, for example, gives users the option to send timed-messages which are deleted after a pre-determined period of time, the most common setting being seven days.

Facebook previously introduced a similar option for its Messenger platform, following on the heels of Snapchat, which has amassed a strong following among young smartphone users.

WhatsApp also recently rolled out a ‘Biometric Lock’ on Android in a bid to ensure users’ privacy. The feature, unfortunately, won’t work if your device doesn’t have a fingerprint sensor.

Even if your phone has a Face Recognition system but no fingerprint sensor, it still won’t work. The feature will, when enabled, require our fingerprint, face or “other unique identifiers” to open the app.

Also read: Spotify rolls out new feature to search for songs via lyrics