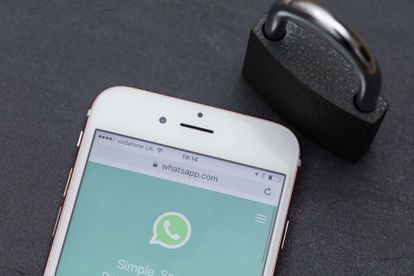 WhatsApp is in the process of rolling out new features for Android users, including a Biometric Lock feature that requires “fingerprint, face or other unique identifiers to open” the app. Here’s what we know.

What is Biometric Lock?

WhatsApp is improving the current Fingerprint Lock feature for Android users. Do note, however, that the feature won’t work if your device doesn’t have a fingerprint sensor.

As reported by trusted WhatsApp tester, WA Beta Info, the Biometric Lock feature is reliant on the fingerprint. Even if your phone has a Face Recognition system but no fingerprint sensor, it still won’t work.

As per a screenshot shared by the WA Beta team, the Biometric Lock feature will, when enabled, require our fingerprint, face or “other unique identifiers” to open the Facebook-owned messaging app.

“Actually there is no way to open WhatsApp if the fingerprint sensor isn’t able to identify you, but more ways will be available from the OS in this case.”

You can choose whether the devices will lock automatically after one minute, 30 minutes, or immediately. You can also choose if the content will be displayed in your phone’s notification bar.

While this update is only relevant for Android devices, iPhone users are already able to unlock WhatsApp with a glance, thanks to WhatsApp’s support of Apple’s FaceID feature.

This announcement was made by trusted WhatsApp analyser, WA Beta Info, who discovered the redesigned privacy settings page for Android in the latest beta version of the app.

The Biometric Lock will be replacing the current “Fingerprint Lock” feature. According to WA Beta Info, you would still be able to answer voice calls, even if WhatsApp is locked.

TheSouthAfrican.com reported earlier this month that WhatsApp is developing a new in-app support feature, which will enable users to contact and chat to a WhatsApp technician directly.

The feature is reportedly still under development; however, beta testers would be able to preview the feature ahead of its release in a future build. #

From the screenshot shared in Discord, the feature also has a section where users could submit device information and technical details, such as your device model, settings and logs.

It would be easy to use. Once your query has been received, the WA support team will respond to you directly via chat once the app receives a WhatsApp Support Chat section specifically created for this purpose:

“When WhatsApp has an answer for the user, he will receive the message in a WhatsApp Support chat, allowing to communicate with the technician. When the conversation is over, the chat will be automatically marked as closed”.