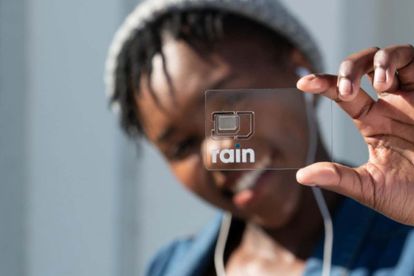 As advertised on Rain.co.za, for R379 per month you’ll get unlimited data on 4G phones only. One of the conditions includes no hot-spotting. Furthermore, the deal is valid for data calls only.

In addition, the basic streaming resolution “will provide a streaming quality resolution of up to 360p” only. That might be a deal-breaker for most, and if you’re used to 1080p resolution, then this package won’t be for you.

It would, however, be ideal for general mobile usage. If you spend most of your time gaming or streaming on your phone, then the following packages from Rain might be better suited to you:

Rain CEO to step down

The announcement of Rain’s new affordable package follows after CEO Willem Roos announced earlier this week that he would be stepping down in March 2021. Roos will be passing the reins over to chief strategy officer Brandon Leigh.

“Brandon [Leigh] has been the visionary behind Rain and the ideal person to continue growing the business”.

Rain is known for launching South Africa’s first 5G network back in September 2019 and provided an increase in internet speed up to 700 Mbps (Megabits per second).

As confirmed at the Mobile World Congress (MWC) in February 2019, Rain’s 5G network “gives Africa that opportunity to leapfrog in technology”. Harris said at a media launch at the time:

“We at Rain have the advantage that we don’t have the legacy of 2G and 3G that we have to maintain. We are in a new age.”