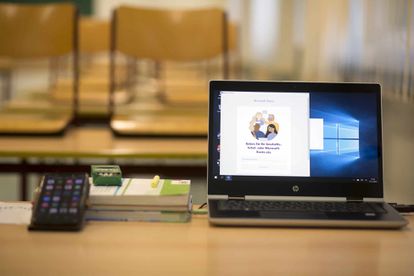 However, privacy concerns have reared its ugly head, too. While Microsoft Teams is now geared out to rival Zoom and Slack, several experts are concerned about the tracking of user data. Let’s take a look.

Breakout gives greater flexibility depending on how your team or your class meets. Online classes can be divided into smaller groups to facilitate discussions, brainstorming, and more.

The organiser can easily jump between breakout rooms, while also delivering announcements to all breakout rooms at once, or bring everyone back to the main meeting at any time.

Microsoft explains that “school leaders, substitute instructors, evaluators, TAs, and more individuals need to check in on or become a temporary teacher for a class”. It’s now easier than ever with Classroom Drop-in.

“School leaders can set up ‘drop ins’ to add a user to a Team without the need to bother IT or the instructor. The dropped in user can then check in on conversation, assignments, grades, class meetings and more”.

Use Moodle with Teams

Combine Moodle and Teams with the mConnect app by Skooler to “bring all the richness of Moodle inside Teams to organise your courses and use Teams to learn and work together”.

As explained in Microsoft’s announcement, the mConnect app allows you to:

While this was all created to up your productivity, experts warn that Microsoft Teams track a vast amount of user data.

Chris Matyszczyk investigated and found that Teams “hoovers up all your chats, voicemails, shared meetings, files, transcriptions, your profile details including your email address and phone number”.

“Everything from how many meetings that user organised to how many urgent messages they sent is recorded. Separate numbers are given for scheduled meetings and those that were ad hoc. Even individuals’ screen-share time is there.”

Matyszczyk reached out to Microsoft, and was told by a spokesperson: “At Microsoft, we believe that data-driven insights are crucial to empowering people and organisations to achieve more.”