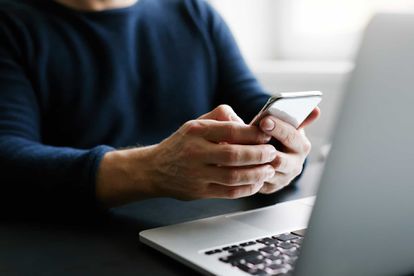 It’s been an intense week in South Africa – from the Senekal protests and Angelo Agrizzi’s health to the Orlando Pirates versus Cape Town City match and the release of the iPhone 12.

Thanks to Google Trend analysis, we can glean data on what South Africans have been asking Google this week. Fun fact: the search engine processes more than 40 000 search queries per second.

The situation escalated this week when two opposing groups took to the streets of Senekal. The EFF and Afriforum staged counter-protests after the murder of 21-year-old farm manager Brendin Horner unleashed a wave of unrest.

Thousands of EFF members, Afriforum and local farmers descended on the town and gathered outside the Magistrate’s Court. Both the EFF and Afriforum maintained that their protests would remain peaceful.

In addition, the South African Human Rights Commission (SAHRC) on Friday appealed for calm. Andrea Chothia writes that “heavy police presence is underway as two suspects […] are expected to appear in court”.

As reported by Zaahid Nanabhay, “Orlando Pirates and Cape Town City got their 2020/21 PSL campaign underway this evening at the Orlando Stadium when they met in the MTN8”.

After a sluggish start to the game, Cape Town City pounced on a loose ball in the Orlando Pirates’ box however Nyauza was on hand to shield goalkeeper Wayne Sandilands and avert any danger.

Transport Minister Fikile Mbalula stood his ground this week after a faction of the ANC called for his arrest. TheSouthAfrican’s Tom Head explained:

“The ANC Cabinet member has taken some parting shots at ‘the old guard’, before deleting a Tweet that sent a defiant message to Jacob Zuma. Mbalula is the subject of criticism from the MK Veterans unit. Carl Niehaus has renewed his heated rivalry with Mbaks, calling for the minister’s arrest this weekend”.

We reported on Wednesday 14 October 2020 that former Bosasa executive Angelo Agrizzi is heading for jail after the Palm Ridge Magistrate’s Court rejected his bail application.

Agrizzi was arrested along with former ANC MP Vincent Smith, who was granted bail of R30 000. The State opposed bail stating that Agrizzi had lied under oath on his previous affidavit. In an official statement, the prosecution argued:

“He failed to disclose that his house worry R13.5 million is owned under a trust. He then failed to pay his bond owed R8.7 million and now the bank is auctioning his property. He further did not hand over his Italian passport. He also transferred R11.98 million to his offshore account to a foreign investment. His wife also made deposits to an offshore account.”

Agrizzi was rushed to hospital after his first night in jail when his health reportedly deteriorated overnight.

The new iPhones are 5G-enabled and features Apple’s innovative A14 Bionic chip, currently the fastest chip in a smartphone. The chip powers “impressive computational photography features”.

“A state-of-the-art LiDAR Scanner means users can experience AR like never before, and also offers benefits to the camera with faster autofocus in low light and the introduction of Night mode portraits”.