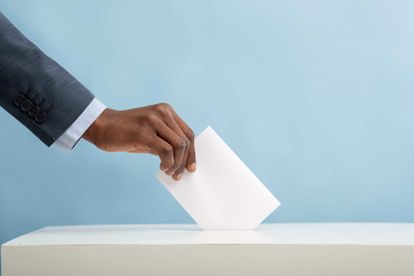 The focus is currently on the build-up leading to the United States election, however, Facebook recently announced that it would be prioritising election support across Africa as well.

Akua Gyekye, the Facebook Public Policy Manager in charge of Africa Elections, explained that the team’s work across Africa “continues to be a priority”, and that “unprecedented resources to these efforts both locally and globally” will be made available.

According to Gyekye, Facebook will also boost digital literacy which in turn will enable users to spot fake news. The platform will also make political ads more transparent; a feature that was introduced back in 2019.

Gyekye said Facebook’s updated policies allows the team to “remove misinformation which could lead to imminent violence or physical harm”. The policy also now includes the use of independent fact-checking organisations.

“We work with organisations such as ‘Dubawa’, ‘Africa Check’, ‘Pesa Check’, ‘AFP’, ‘Congo Check’ and ‘France 24’ – all of which are certified by the International Fact-Checking Network. The program now covers 18 countries across Sub-Saharan Africa and also supports local languages such as Swahili, Wolof, Igbo, Yoruba, Zulu and Setswana”.

When presented with something that could potentially be fake news, it’s always important to ask where it came from, what is missing from the story and how it makes you feel. Did a reliable source share it?

Are there gaps in the story? It is vital to get the whole story, not just the headline. Therefore, research and read other sources as well. Lastly, how does the story make you feel? Fake news manipulates your feelings.

Since launching its political ads transparency tool in back in 2019, Facebook has since expanded the feature to cover a number of countries in Sub-Saharan Africa, because “political discussion should be transparent to every voter”.

Organisations that want to run election-focused ads will go through a verification process to “prove who they are and that they live in the country they are targeting”. Gyekye says this process is mandatory.

“We run additional checks to ensure compliance with our policies, and every political ad is labelled with a ‘paid by’ disclaimer so you can see who paid for them. We also store all political ads in our Ads Library so that everyone can see what ads are running, who saw the ads and how much was spent. These changes mean that political advertising on Facebook and Instagram is now more transparent than other forms of election campaigning such as billboards, newspaper ads, direct mail, leaflets or targeted emails”.

Keeping Facebook and Instagram users safe is the team’s “top priority, and this is especially important during elections”, Gyekye adds. The team has tripled in size since 2016, and now consists of more than 35 000 people.

These include “systems engineers, security experts and content reviewers, including native language speakers in Swahili, Amharic, Zulu, Somali, Oromo and Hausa, to name a few examples”.

“We’ve also pioneered the use of artificial intelligence to find and remove harmful content more quickly. Between April and June of this year, we removed over 15 million pieces of graphic and violent content globally, detecting over 99% proactively before anyone had to report it”.