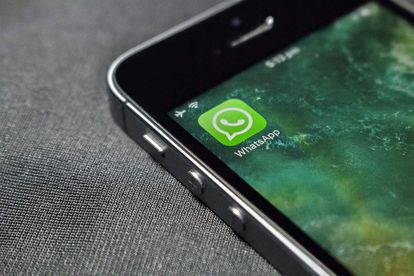 You can save yourself a lot of time and stress by taking heed of this warning: Several tech fact-checkers have moved to debunk the latest ‘hoax message’ doing the rounds on WhatsApp, which warns users against opening a video file that can hack the contents of your phone. Well, it can’t – because it doesn’t exist.

Latest WhatsApp hoax message: Can it hack my phone in 10 seconds?

Independent experts have been analysing the message, which has been forwarded across the messaging platform. It warns users to avoid opening a video file which allegedly shows how Argentina is flattening the coronavirus curve. The false message scares its recipients by saying that clip can ‘hack your phone’ instantly:

“Just a heads up: They are going to start circulating The file is called “Argentina is doing it”, do not open it or see it, it hacks your phone in 10 seconds and it cannot be stopped in any way. Pass the information on to your family and friends. Now they also said it on CNN.”

Why the ‘Argentina’ message won’t hack your phone

Please, if you receive the above warning, simply ignore it and move on. The hoax message is a newer version of another similar communication that has been circulating since 2017. They’ve simply given it a makeover in the age of COVID-19. Cybersecurity specialists TechArp have explained why it’s all guff:

“It would be impossible for a video to hack phones that easily. It is plausible for a video to be created to exploit a bug in a specific video player or operating system, just like how the Android wallpaper malware worked. If hackers actually created such a malware, they would have released it. Why wait?”

“Such malware would only be able to attack specific operating systems (Android or iOS), or a specific media player. It cannot just work on every phone – that only happens in movies. While the hoax claims that CNN reported on this video, they did no such thing.”

‘Argentina is doing it’ message: Well, no. They are not…

The final nail in the coffin is that, well, Argentina isn’t flattening the curve any time soon. South America is one of the global hot-spots for COVID-19 at the moment, and such claims are blatantly false.

Opening this message won’t actually damage your phone – but you may lose a few brain cells by reading it. Ignore, delete, and move on with the rest of your lives; that’s our advice.