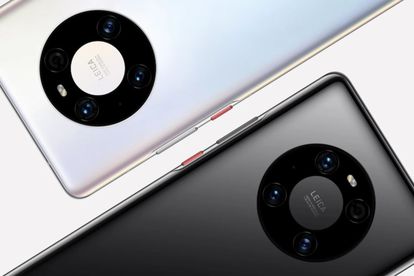 Huawei recently bolstered its product line-up by introducing the Mate 40 series. Described as the “pinnacle of Huawei technology”, the Mate 40 Pro is the culmination of the company’s pioneering approach to innovative design.

Fun fact: The first Huawei Mate was released eight years ago. Since then, there have been ten “outstanding generations of Mate Series devices”, and the new addition to the family is no different.

“Born out of constant evolution, spanning ten Mate series devices across eight years, Huawei Mate 40 Pro is one of the best Mates ever”.

Huawei vows that everything about the Mate 40 Pro “has been fine-tuned to provide the most exciting smartphone experience possible” and we agree. Here’s what you need to know about the leading smartphone currently on the market.

When the device was first introduced, Richard Yu, Executive Director and CEO of Huawei Consumer BG, explained that each Mate series “brings the most exciting technology together into one stunning package”, and that was no lie.

The Mate 40 Pro features a futuristic Space Ring Design based on the first image ever taken of a black hole, along with an 80 degree curved Huawei Horizon Display to create an immersive viewing experience. It also comes equipped with Eyes on Display (EOD).

That means the device can detect when it has your attention. When you look at the screen, the Mate 40 Pro will play an animation, lower the volume of incoming calls, and disable the auto-sleep feature.

Not only is the Mate 40 Pro’s design functional, but it also adopts Huawei’s minimalistic, high-tech aesthetics. The screen features an 88-degree arc, while the 240Hz touch sample rate ensures a responsive experience.

This makes it one of the densest and full-featured 5G SoC currently on the market and ensures better power efficiency and a faster 5G experience. Thanks to this chipset, your Huawei device will be a powerhouse.

The CPU features a three-level power efficiency architecture with cores running at clock frequencies of up to 3.13GHz and an innovative NPU featuring two big cores and one tiny core.

The Mate 40 Pro is equipped with a powerful and long-lasting battery to keep you going all day long. The device supports 66W Huawei Wired SuperCharge, as well as 50W Huawei Wireless SuperCharge.

The device’s battery has a capacity of 4 400 mAh, which along with the integrated modem in the Kirin 9000 SoC, work together to provide better connectivity for longer than its counterparts. The Mate 40 Pro’s battery performance is better than ever by combining hardware and software innovations.

In short, even brief periods on the charger would make it worth your while, ensuring you get to spend more hours doing what you do best.

Use the revolutionary system to capture all your favourite memories. The device is equipped with the Ultra Vision Cine Camera System, which makes capturing high-quality photos and videos easier than ever before.

With the Periscope Telephoto Lens, you’ll be able to focus on faraway objects – thanks to the 10x hybrid zoom and the 50x digital zoom – while the Ultra Wide Cine Camera supports a wider field of view and distortion correction.

And let’s not forget about the versatile Ultra Vision Selfie Camera, which comes complete with ultra-wide capturing capabilities, as well as 4K capture and a slow-motion feature for videos.

With the Huawei Mate 40 Pro’s combination of lenses and features, you’d be able to take breathtaking photographs and cinematic footage, your way.

Pricing and availability in South Africa

Huawei has, without a doubt, remained committed to creating a better future through innovative and groundbreaking technology, which, according to Richard Yu, “delivers a positive and meaningful impact on the life of consumers”.

The Huawei Mate 40 Pro is available in stores at a suggested retail price point of R19 999.00.

If you buy the Mate 40 Pro from Huawei’s online store before 30 April, you’ll also receive a gift valued at R5 697, consisting of the Huawei FreeBuds 4i and a Huawei Wireless Charger CP60, as well as Huawei’s VIP service.