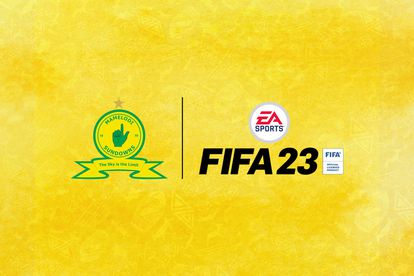 Mamelodi Sundowns announced a partnership with EA Sports on Friday, 26 August. The reigning champions said they would be the only African team in FIFA 23, which is expected to launch on 30 September.

MAMELODI SUNDOWNS TO FEATURE IN FIFA 23

Sundowns said EA Sports is the club’s “exclusive sports video game partner.” Club Chairman, Tlhopie Motsepe, said the team was delighted to be part of the game and represent the continent.

“For the longest time, supporters of South African football have pleaded with us to get the team included on the platform. Now, we can finally give gamers the chance to play as The Brazilians of Africa, Bafana Ba Style (The Boys with Style) and take on the best clubs in global football. This is a special milestone in Mamelodi Sundowns’ history and I would like to thank EA SPORTS and Roc Nation Sports International for believing in the club,” he said.

James Salmon, EA SPORTS FIFA’s marketing director, said the company was excited to welcome the team to the game’s family and the new partnership would enable FIFA to deliver “comprehensive interactive football experiences for fans to enjoy in FIFA 23 and beyond.”

The elephant in the room is that if Sundowns are the only representatives from the continent, it means Soweto giants, Kaizer Chiefs and Orlando Pirates, were kicked to the curb. Both clubs have been the only South African representation in the video game since 2006.

This has been a divisive topic for local football supporters since the announcement was made – Chiefs and Pirates are still included, alongside Sundowns, in the full list of playable clubs in the upcoming edition of FIFA. Whether this will be the case in exactly a month’s time when the game will be available via early access remains to be seen.