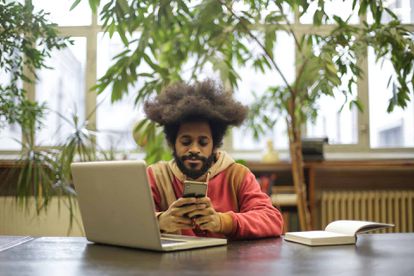 The growing health crisis in South Africa and around the world has meant that internet connectivity has become critical in keeping the country running.

Workers have had to embrace working remotely. Students have to keep up with their studies from home, despite South Africa suffering two undersea cable breaks of the West African Cable System this year.

The sheer number of people sitting at home, either working or trying to entertain themselves and their families, is expected to increase data traffic in South Africa by up to 15%, according to SEACOM.

The growth of streaming video via platforms like Netflix, Showmax and Youtube means that a lot more of our entertainment is becoming data-intensive.

At the same time, students have had to rely on the internet to keep abreast of their studies via google classroom and services like zoom.

On the other end of the spectrum, many companies and service businesses have had to move to use online video conferencing, messaging, telephony and collaboration services to continue with business as usual.

Despite the many problems South Africa faces in terms of inequality and poverty, our broadband speeds are rated amongst the top 100 in the world, and more than half of its citizens have access to the internet.

According to Christian Rennella, CEO of QuotesAdvisor.com, “every Internet infrastructure is capable of supporting a slight increase in traffic”. Rennella explains:

“But some backend functions, online tools or regular websites, may experience problems if they haven’t anticipated the increase in traffic at the right time.”

South Africa has seen a steady decrease in average broadband download speed since the lockdown started according to Speedtest.net.

Despite this the network still seems to be performing well for both fixed and mobile broadband compared to other countries on the continent.

Mobile broadband appears to be more affected than fixed broadband, so telecommunications operators will welcome news that the Independent Communications Authority of SA (ICASA) have been directed by the government to issue new spectrum.

This additional spectrum will allow operators to temporarily expand the network and avoid network congestion during the lockdown.

While all the signs point to South Africa’s internet infrastructure dealing with the increased lockdown demand, internet connectivity is a finite resource. Streaming services around the world have already had to decrease their stream quality to lower the strain networks.

Similarly, as users, this is a good time to look at your internet usage habits and maybe switch off DStv Now when you’re not watching it and decide if you really need to watch the latest episode of 7de Laan in HD.