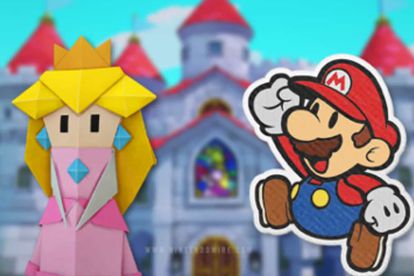 Paper Mario fans are looking forward to the release of Paper Mario: The Origami King. And as it stands, The Origami King has changed the game in the most literal sense of the word, by changing the classic role-playing game approach.

Paper Mario games are probably one of the biggest reasons as to why Mario has been able to expand his character past his basic platforms.

The Paper Mario games break Mario away from the traditional save-the-princess trope and allow the character some more depth. Even the more familiar characters from the classic Mario games are given new life in this series.

Paper Mario: The Origami King continues the family-friendly story of the previous games that one could consider to be rather cheesy, but with charm and verve.

The new story pushes aside our classic King Bowser as the villain and replaces him with Olly The Origami King. Our new villain gives off very subtle (not really) racial supremacist vibes. He has an evil master plan to transform the flat paper citizens of Paper Mario’s kingdom into thicker, folded origami versions of themselves.

And, if they just so happen to become mindless zombies who will follow him to the ends of the earth, then that would be a bonus.

The adventure begins with Olly turning Princess Peach into an extremely off-putting origami version of herself. To make matters worse, he wraps her castle in a series of colourful streamers and places it on top of a volcano.

To free Peach and the kingdom, Mario and the team must follow the trail of streamers to its source. Then they have to turn it to confetti and release everyone.

You move through the usual settings of the desert, ice, water, and forest and meet highly animated and – very talkative – new characters.

However, their motivations seem to be paper-thin…

You need to complete what seems like a straightforward task, but it ends up being an inevitable number of sub-quests. Yes, you have to complete all of them to reach the princess.

The game also strays from the normal role-playing game cliches through a new battle system. Instead of the usual turn-based affair Paper Mario: The Origami King uses spatial-relation puzzles. The battles take place in a segmented circle, cut into radial and lateral slices. Mario takes up arms in the central hub, while enemies arrange themselves on “squares” on the board.

This game is worth checking out. What Paper Mario: The Origami King lacks in depth and complexity, it makes up for in joyful silliness. And, although it feels like a mishmash of original ideas, it is still great fun.