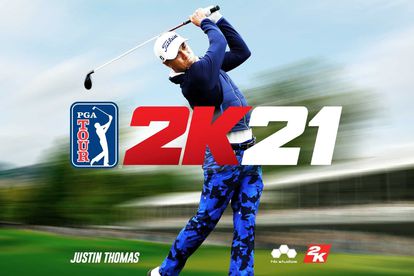 I’ve always had a love/hate relationship with sports games. In that, I love to hate them. Why would I kick a ball around or hit a ball into a hole when I could be saving the world from a zombie apocalypse or fighting dragons?

It’s usually even worse when it comes to golf games, because unlike football or basketball or any of the other usual suspects when it comes to sports sims, I don’t even like golf in the real world. I’ve probably played two games of golf in my life (mostly thanks to bachelor parties and let’s be honest, the focus there is seldom on the golf).

The accessibility of PGA Tour 2k21

With all that being said, PGA Tour 2k21 might be the game that turns that opinion around for me. While I can’t speak for the game’s ability to capture hardcore golf sim fans (since I am not one, as we have already established) the developers have certainly played to the idea that “golf is for everyone” making a game that is incredibly accessible to newcomers.

As a rookie, I took advantage of some of the real-time tutorials, shot suggestions and the tips were easy to understand without throwing around too much technical jargon.

I did enjoy the ability to play several different game styles from solo, local multiplayer and even tried a few online multiplayer games where you are matched up against players of similar skill.

I even won a few games which certainly gave me a sense of accomplishment (yay me). I didn’t get a chance to try some of the other social features such as the Clubhouse feature where you can run full seasons and tournaments, creating your own entry rules and handicap settings.

Features of the game

Of course, as has become standard in most games, player customisation is huge and you can jump into the MyPlayer section and go nuts with designing your golfing avatar. There are hundreds of customisation options and even a few fully licensed apparel and equipment options from brands such as Adidas, Callaway Golf and Polo Ralph Lauren.

Another thing that must be mentioned are the graphics, which are phenomenal.

While I’ve never set foot on some of the illustrious courses mentioned in the game, I certainly found it easy to imagine being there with the level of detail that the developers have put into the design of the game.

You can even design your own course using the Course Designer feature. This feature was really intuitive and easy to use and it took me just a few minutes to design my first hole (naturally it looked like something you would sooner see in a theme park than a golf course), but I could see how you could sink hours into creating the perfect course to challenge yourself and your friends.

From a beginner’s standpoint, PGA Tour 2k21 has struck a hole in one (see what I did there?) with their latest offering and I’m certain that more hardcore golf sim enthusiasts will appreciate the obvious amount of care and expertise that has gone into creating this game.