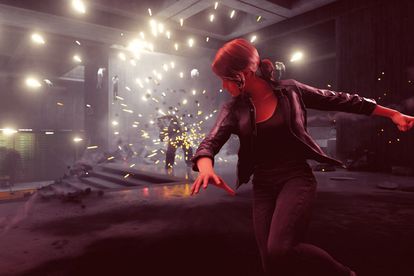 It’s a new month, and that means new free games for subscribers from Sony’s PlayStation Plus (PS Plus). The games coming to PlayStation Plus in February are Destruction AllStars, Control, and Concrete Genie.

Not everyone is excited about this lineup, fans have been rallying online to get the games changed. While Control is a worthy addition, many feel that Destruction AllStars shouldn’t have been on the list.

Sony PS Plus Games for February 2021

Destruction AllStars is a combat game developed by Lucid Games and published by Sony Interactive Entertainment. It allows you to experience the art of intense vehicle-based combat.

Featuring explosive, unpredictable levels of free-flowing action in vibrant arenas across the globe, fight to be crowned the Global Destruction Federation Champion. IGN gave it a 6/10 rating:

“‘Destruction AllStars’ can provide fun bursts of frantic car combat action, but never adds up to much more than that”.

Control is a 2019 action-adventure video game developed by Remedy Entertainment and published by 505 Games. If you’re ready to get lost in an ever-shifting building in this third-person action-adventure, then this game is for you.

Control challenges you to master a combination of supernatural abilities, modifiable loadouts and reactive environments while fighting through a deep and unpredictable world.

Take on the role of Jesse Faden, Director of the Federal Bureau of Control, whose New York headquarters are breached by an ominous enemy. If that’s not enough to pique your interest, Control is described by Polygon as “a technical marvel, and an artistic achievement”.

This trailer as a PEGI 16 rating.

Concrete Genie follows the heartwarming journey of a bullied teen named Ash who escapes his troubles by bringing his colourful imagination to life in his sketchbook.

Help Ash harness the magical properties of his powerful paintbrush to eliminate the darkness polluting his hometown of Denska, a once bright and bustling seaside town.

“Pick up a magic paintbrush and return the polluted town of Denska to its former bright and bustling seaside self in this touching and multi-award winning action-adventure”.