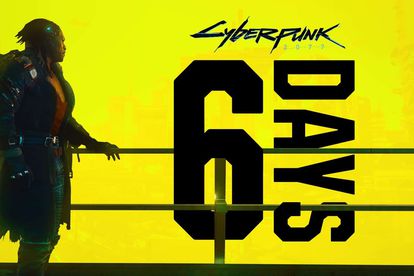 CD Projekt Red announced on Twitter that we are just days away from CyberNight – the official Cyberpunk 2077 launch party. They’ve also teamed up with Twitter Gaming for a surprise.

“No matter if you have been Tweeting since day one or just recently joined us. We are thankful for our community here. That is why we’ve teamed up with @TwitterGaming for something special #CyberNight”.

Cyberpunk 2077’s CyberNight: What we know

When is the digital launch of Cyberpunk 2077?

The digital launch party will take place on Wednesday, 9 December 2020. It will also include a Q&A session with Cyberpunk 2077 developers Miles Tost and Patrick Mills ahead of the 10 December release date.

Parris Lilly is set to host the Q&A session. Let’s be clear, this is a big deal; especially taking into consideration the number of times Cyberpunk 2077’s release date was postponed.

In preparation for the digital launch party, Twitter will roll out a custom #CyberNight hashmoji. That is over and above some of the surprise elements planned for the much-anticipated event.

We’re assuming that Tost and Mills, the senior level designer and quest designer on the team will share new and final insights ahead of Cyberpunk 2077’s worldwide launch.

Be careful, out there be spoilers. CDPR is warning against spoilers and asking everyone who has a copy already to please refrain from streaming it before the game officially launches.

When will Cyberpunk 2077 unlock in SA?

CDPR shared the chart below, highlighting when the game will unlock in each country. Johannesburg, South Africa is pencilled in for 2:00 local time on Thursday 10 December.

That’s one hour after the worldwide launch. Don’t miss it!

No matter if you have been Tweeting since day one or just recently joined us – we are thankful for our community here.
That is why we’ve teamed up with @TwitterGaming for something special #CyberNight
Dec 9th 3pm PT | Midnight CETpic.twitter.com/Ir73fTCI9W

The wait is almost over!

If you’re looking to play #Cyberpunk2077 as soon as it’s available, here’s a map with global release timings.

For PC and Stadia players, the release is simultaneous and scheduled for midnight GMT, and for all console players – midnight local time. pic.twitter.com/W0QLIFAhH1

Harry and Meghan expected to stay for the queen’s funeral