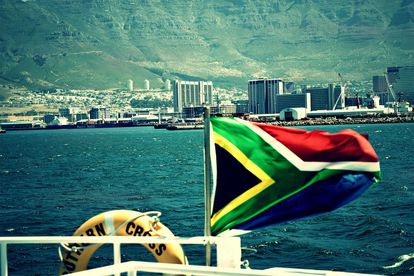 South Africans have some of the best minds in the world, and our inventive nature is second to none. Here are five South African IT inventions that changed the world. Photo: PIXABAY

South Africans have some of the best minds in the world, and our inventive nature is second to none. Here are five South African IT inventions that changed the world. Photo: PIXABAY

South Africans are amazing! We have some of the best minds in the world, and our inventive nature is second to none. Here are five South African IT inventions that changed the world.

In 2004, Ubuntu computer operating system was invented by Mark Shuttleworth. It is a Debian-based Linux operating system and it is distributed as free and open source software. The word Ubuntu comes from the Bantu language and it means “humanity towards others” or “I am because we are”.

Ubuntu is popular for its ease of use and its wide range of applications. Over 20% of the web runs on Ubuntu. French Police migrated over 80 000 desktops to Ubuntu from Windows and saved over 2 million euro.

In 1963, The CT scan, or CAT scan was invented by Allan MacLeod Cormack a South African physicist. He who won the 1979 Nobel Prize in Physiology or Medicine for his work on X-ray computed tomography.

The CAT Scan is an X-ray procedure that combines many X-ray images with the aid of a computer to generate cross-sectional and three-dimensional images of internal organs and structures of the body. CAT Scans are typically used in hospitals and clinics all over the world helping doctors diagnose problems such as tumors, bone fractures, and heart disease.

ALSO READ: Is this the oldest South African invention?

In 1995, Thawte Consulting was founded by Mark Shuttleworth in Cape Town.  It was the first company to offer digital certificates to the public. Thawte was acquired by Symantec in 2010 for $575 million.

Digital Certificates are used to verify the identity of a person or entity and to encrypt information. They are essential for e-commerce and can be found in use all over the internet.

In 2008, the Freeplay Fetal Heart Rate Monitor was invented by Philip Goodwin, Stefan Zwahlen and, John Hutchinson. It is a hand-crank powered diagnostic device which can be used by midwives in remote areas with no access to electricity. It requires no batteries and can be used for up to 30 minutes at a time.

The fetal heart rate monitor is a crucial tool for monitoring the health of a fetus during pregnancy. It can help to detect problems such as heart defects, and can be used to monitor the fetus during labor and delivery.

The freeplay fetal heart rate monitor is a simple, but life-saving invention that is helping to improve healthcare in remote areas of South Africa.

In 1997, CyberTracker was founded by Louis Liebenberg and is head quartered in Cape Town. He is an Associate of Human Evolutionary Biology at Harvard University and a Laureate of the 1998 Rolex Awards for Enterprise.

CyberTracker is described as a low-cost, open source tool for ecological monitoring, conservation and anti-poaching. It is used all over the world in some of the most remote locations.

Is Elon Musk an inventor?

South African born Elson Musk sits behind a multitude of great businesses and or inventions; Tesla Motors, SpaceX, X.com, and Hyerloop to mention a few. Should they be in this list? Is he an investor or an inventor?