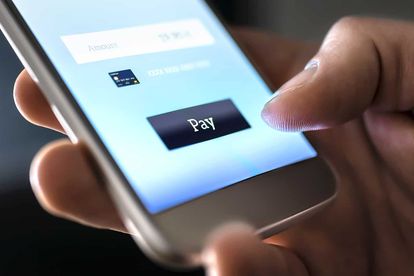 A two-year study by the Competition Commission has confirmed what South Africans have known for more than a decade: data in this country is too expensive.

The Commission handed over a report to the Minister of Trade and Industry, Ebrahim Patel, on 2 December 2019. The Minister will table the report in Parliament.

South Africa’s prices are too high

Research conducted by the Commission reveals that when compared with other international scenarios, South Africans on prepaid plans are paying a lot for data. But, it’s not just the prices are higher; they are substantially higher, found the commission. In a press release revealing their conclusions, the body says this is concerning.

“While operators have objected to the use of such international comparisons, little evidence has been forthcoming from Vodacom and MTN despite being present in many of the comparator countries.

Furthermore, and importantly, Vodacom and MTN’s high profitability and high margins over costs in South Africa show that difference in costs or other factors across countries cannot account for the differences in pricing.”

Consequently the commission suggests that network providers must focus on the level and structure of pricing.

“These include requirements for MTN and Vodacom to reach agreement with the Commission on reductions to the level of pricing and changes to the structure of pricing and pricing strategies that facilitate greater exploitation. There is scope for price reductions in the region of 30% to 50%.”

Recommendation: Agreement across operators for a commitment to offer all prepaid subscribers a lifeline package of daily free data

Exorbitant data prices mean South Africans have been exploited by network providers; but the toll has been particularly high for low-income earners. Poorer, low-volume customers face higher per megabyte prices than richer, high-volume consumers on a like-for-like basis, says the commission.

“Poorer consumers are faced with little option but to resort to purchasing short-validity bundles in pursuit of lower prices, but this is no answer as it does not provide them with continual data access at affordable prices.”

Offering a daily free package would ensure that all citizens have data access on a continual basis. For the poor, this would be lifeline facilitating important functions like job hunting.

Recommendation: More roll out of fixed lines and Fibre to the Home (FTTH) into lower-income areas

“Having highlighted the role of alternative infrastructure for data, including fixed line supply, and the potential role it can play in reducing data prices more generally and to poorer consumers more specifically, the Commission further engaged stakeholders in this area.”

Their suggestions include greater incentives for FTTH roll out in low-income areas, active promotion of free public Wi-Fi by all levels of government and the consideration by ICASA of regulatory changes to allow for community networks to access licensed but unused spectrum in rural areas.