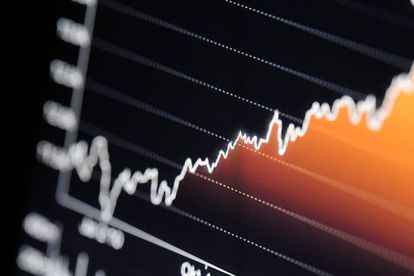 If you are looking for an affordable cryptocurrency investment, Stellar (XLM) is the best option. It is priced at around $0.21, which is significantly cheaper than many of the market leaders such as Bitcoin (BTC) and Ethereum (ETH). It is also easy to find on many top crypto apps.

Moreover, while cheap crypto is often not very useful meme coins, stellar is not. It has existed since 2014 and is a serious project with real applications.

Stellar is a decentralized network, which enables users to create, send and trade several types of cryptocurrency. It was created in 2014 and launched in 2015 with the aim to bring the world’s financial systems together under one network.

What to consider before buying Stellar

Payment network efficient in sending any type of currency

Stellar is an open-source payment network that allows financial systems around the globe to work together on a single platform. The way Stellar does this is by allowing users to send a digital representation of any currency they wish. You can use it to send a digital representation of US Dollars or Euros or any digital currency. The Stellar network processes millions of transactions every day and is built for speed and efficiency. The transactions processed in Stellar take five seconds and do not charge a single amount.

Has democratic and transparent management

Usually, blockchain networks are inherently democratic platforms. Many founders and high-level community members tend to make independent decisions without regard for the feelings of stakeholders. However, with the Stellar Network, all potential collaborative projects are voted on before community members decide. So, if you want to invest in truly democratically managed cryptocurrencies, Stellar is the best choice.

A crucial term widely encountered by users when learning about Stellar is lumens. It is the name for the network’s native crypto token. They are also referred to as Stellar Lumens. So, if you think of buying Stellar, you technically purchased its native token, which is Stellar lumen.

It also asks users to hold a small number of lumens in their accounts every time. The minimum lumen one needs to have in its account is 1 lumen, which is equal to 0.0001 transaction fees. It is done to prevent cyber criminals from conducting unethical and spamming activities. The reason Stellar created its own crypto token is that it didn’t want to show a preference for any single currency.

Since it is designed as a universal payment system, it opted for its own token instead of the U.S. dollar or any other existing currency. Although Lumens are designed for use on the Stellar network, they are also purchased as an investment. If you believe in the potential of Stellar, Lumens is the easiest way to invest in it.

When users send digital cryptocurrencies like Bitcoin or any other form of fiat money around the globe, a high price is incurred in the form of a transaction fee.

However, with Stellar Lumens, your transaction fee will only be a negligible or minimum amount of 0.00001 XLM. It also means that the currency has a good competitive advantage over other forms of altcoins, especially in terms of transaction fees.

Stellar’s ​​price increased slightly in 2021. But, that did not break the all-time high of around $0.94 reached in January 2018. It is one of the reasons why some investors are wary of Stellar. Despite all its success last year, it has not been able to break records like many market leaders. It’s natural to wonder if Stellar’s ​​heyday is over, especially since it’s not the only cryptocurrency offering fast transactions. Stellar currency and other cryptocurrencies can be very volatile. It is not known whether Stellar will be successful in the long run, but now that you know more about it, you can decide if this is something you want to invest your money in.