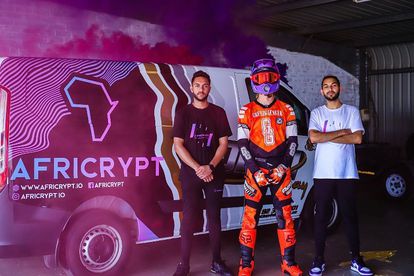 A group of investors in the South African cryptocurrency exchange, which went bust in 2021, Africrypt, are pushing for brothers Raees and Ameer Cajee to be charged despite recent deal that saw some investors reimbursed.

According to Bloomberg, a group of about 35 investors are seeking the arrest of the Cajee brothers – aged 21 and 18 – who disappeared along with a reported $3.6 billion in Bitcoin in April 2021.

The Cajee brothers told investors that Africrypt had been hacked and that was the last time they were seen publicly.

The investors pushing for prosecution have turned to Sean Peirce, who is affiliated with Coast to Coast Special Investigations in Durban.

“We are pushing for the brothers to be charged for fraud, theft, possibly money laundering,” said Peirce to Bloomberg. “They can get 10 to 15 years for a first time offence.”

A final decision on prosecution is yet to be made but the investors are also considering private prosecution.

As previously reported, recently, a mystery buyer offered investors the equivalent of 65 cents for every dollar invested, per Bitcoin News. A majority of the Africrypt investors accepted this deal, including some of those who want to press criminal charges.

Rashaad Moosa, the lawyer representing Africrypt, said prosecution against the Cajee brothers is likely to fail as those pressing charges no longer hold rights to any interest as they signed it over by accepting the deal and therefore cannot push for criminal or civil proceedings.

Peirce said investors do not buy the “hack” story spun by the Cajee brothers and added that Coast to Coast Special Investigations has evidence to back it up. “Their intent was to defraud and steal,” said Peirce to Bloomberg.

Peirce confirmed that a number of his clients took the payout but they are not going to leave it at that. “…We are still pushing forward with the criminal case as there is still money lost.”