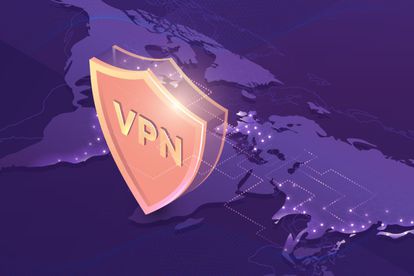 What is a VPN and why is it important?

VPN refers to a secure, online connection that can be made anonymously. A virtual private network (VPN) essentially provides an encrypted server that conceals your IP address from prying eyes like corporations, governments, and hackers.

As such, a VPN shields your online activity from watchful eyes even when you’re on a public or shared Wi-Fi network.

You can avoid connecting directly to a remote server by using a VPN instead. Users can essentially “move” to any part of the world with the help of servers situated all over the globe.

Encryption provides an additional safeguard, which is especially important for firms that rely heavily on remote access. Furthermore, a VPN may be a practical tool for vacations, video games, and secure online content consumption.

In this article, we explore the 5 best VPN services in South Africa that offer a free download.

With a start date in 2006, PureVPN is one of the longer-running VPN services available today. Having its main office in Hong Kong means that PureVPN is outside of the jurisdiction of multinational surveillance groups like the Five Eyes, Nine Eyes, and Fourteen Eyes.

For VPN providers like PureVPN, this makes it harder for governments to request user information. PureVPN has been operational for over 15 years, expanding to include over 6 500 servers in 140+ countries and hundreds of major cities throughout the world.

VPNs benefit from this kind of global coverage because connection speeds are affected in part by how close you are to the server. PureVPN’s global network of servers makes it quite likely that one will be located in close proximity to you.

ExpressVPN offers a wide range of customization options and benefits, including a user-friendly interface, almost 3 000 VPN servers in 160 locations across 94 countries, military-grade encryption, and many more.

This company, headquartered in the British Virgin Islands, has a firm policy of not keeping any user data.

In addition, it does not participate in the Five Eyes, Nine Eyes, or Fourteen Eyes Alliances, thus your real IP address, outgoing VPN IP address, connection timestamp, and session duration will all remain confidential.

If you’d rather not commit to a longer term with ExpressVPN, you can sign up for a month-to-month plan and get a full refund within 30 days. With a yearly subscription, you may save 35% off the monthly rate of $12.95.

When using ExpressVPN, you may split your traffic so that some of it goes through the VPN and some of it goes directly to the internet thanks to the service’s split tunneling option.

ExpressVPN also provides a kill switch that prevents data loss in the event of a VPN connection drop, and it does so without limiting your bandwidth.

When it comes to virtual private networks (VPNs), Atlas VPN is a capable supplier that provides a good all-around service at competitive costs.

For instance, the quick WireGuard protocol is supported. The service supports an unlimited number of simultaneous connections, has apps for Windows, Mac, iOS, and Android, and a kill switch to prevent data loss in the event of a VPN disconnect.

SafeSwap ensures your anonymity by frequently switching your IP address while you remain connected to the same server.

Data breach monitoring notifies you if any of your personal information is discovered on the dark web, and further capabilities include ad, tracker, and malware prevention.

Surfshark is one of the best VPN services available today since it is loaded with useful features, can be used in practically any location, and offers a very generous trial period.

Over 3 200 servers are spread out across 160+ data centers in 95+ countries on this network. There are programs for Windows, Mac, iOS, Android, and Linux, as well as extensions for Chrome, Firefox, and (now) Microsoft Edge, and a Smart DNS system that can unblock websites on gaming consoles, smart TVs, and more.

Strong AES-256-GCM encryption, support for WireGuard, OpenVPN, and IKEv2, a no-logs policy, and a kill switch to prevent data loss in the event of a VPN connection drop are just some of the technological highlights of this service.

Ivacy provides VPN security at a low price with servers located in many different countries. Ivacy VPN accepts payments made through PayPal, all major credit cards, and a plethora of additional methods.

If you prefer to use cryptocurrencies, you can subscribe using either Bitpay or Coingate. If you want to be sure that your VPN subscription is completely hidden, this latter choice is crucial.

A single Ivacy account can be used to connect ten devices at once. That’s a lot, as it’s double the typical amount and more than enough for a family. Ivacy’s split tunneling feature is very useful because it allows you to select which applications will use the encrypted tunnel and which will not.

That’s helpful for gaming with a VPN since it means you can stay safe despite the VPN’s slowing impact on your frame rate and lag.