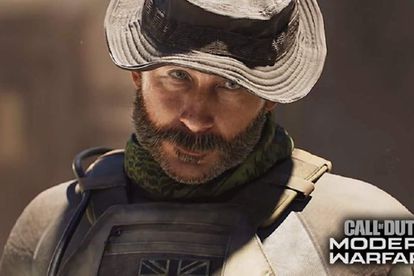 Excited Call of Duty gaming fans are probably disappointed to hear of the delay in the release of Call of Duty: Modern Warfare Season 4.

The delay was announced just hours after Sony cancelled its big PS5 event, one of many cancellations due to the volatile situation not only in the United States (US) but around the world after the murder of George Floyd.

This seems like a smart choice considering protests around the world which have erupted in anger about the way in which Floyd was killed. Up until now, COD: MW Season 4’s release date has been up in the air. Even Sony’s PS5 event’s postponed date has yet to be announced.

And this makes sense. Why? Because the current civil unrest has dominated international conversation and now would not be the best time to release a first-person shooter game or host a major gaming event.

Originally expected to be released on 3 June, the release date was pushed back following the murder in Minneapolis on 25 May. And, due to the state of the US at the moment, even the Call of Duty: Mobile’s new season has been delayed.

However, Activision is now facing a backlash due to its retweet of a post by Activision Blizzard.

The backlash Activision is receiving is not immediately obvious as yes, fans are disappointed, but not to the point that most would complain about the delay for a cause like #BlackLivesMatter.

However, some fans have objected to one line in the tweet, “There is no place for it in our society – or any society.”

This follows on fan reaction to Activision-Blizzard’s response to the Hong Kong Protests in 2019 in which it banned professional Hearthstone player, Chung “Blitzchung” Ng Wai for showing his public support of said protests.

The company claimed that this was because of a conduct policy which strictly forbids politicking during tournaments. This caused an even bigger uproar which resulted in an apology from Activision and a reduction in Blitzchung’s penalties.

However, there are people who remember this incident and called out the company for what they see as double standards. eSports journalist Rod “Slasher” Breslau was quick to point out what he called Activision’s hypocrisy on this retweet supporting #BlackLivesMatter. He suggested that it did not look good for the company to only support an American movement and not also a Chinese movement which just perhaps may have given problems for Activision-Blizzard and its image.

And, with the arrival of this new season, thanks to many detailed leaks by the gaming community on the gameplay, players know what to expect. When the game drops, new weapons and maps are certainly on the table, as well as zombies.

Back to the game buzz

However, the real buzz seems to be around the game’s next operator, Captain John Price. The latest trailer (see below) teases Price as the next person to join the Modern Warfare operator roster.

With the return of an old face, and the promise of some sweet new upgrades, this game is definitely something to look forward to despite the delay.