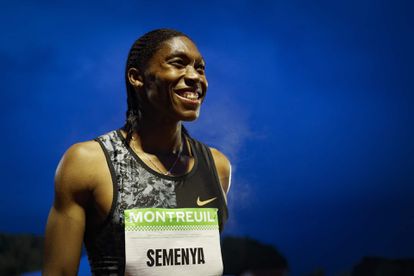 There’s just more than 100 days left to go until the Tokyo Olympic Games begin. Athletes from the world over are in their final stages of training and preparation. South African runner Caster Semenya is also in preparation mode, but she says she has a surprise in store for her fans.

Semenya is up for defending her 800m Olympic title, but she may actually not be able to participate in the Games at all.

There’s continued uncertainty surrounding her involvement following a ruling by the Swiss Federal Supreme Court barring her from competing in 1 500m distances and shorter, which includes her preferred 800m event.

New regulations have been imposed by the International Association of Athletics Federations (IAAF) regarding testosterone levels in women athletes.

The implication for Semenya is that she would have to take medication to lower her natural testosterone levels in order to race those distances in Tokyo.

Otherwise, she’s disqualified from defending her Olympic title in Tokyo, or participating in any IAAF sanctioned events in those distance categories.

In an interview with Netwerk24, however, Semenya revealed that she hasn’t given up on her dream for another chance at Olympic glory.

“I’m going to surprise you … and you’re going to like the surprise,” Semenya said when asked what her plans for Tokyo were.

Determined to compete in Tokyo Olympics

Semenya acknowledged that there was very little she could do about the IAAF ruling, but said she remained determined to compete at a third Olympics.

“My biggest goal remains to be at the Olympics and I will work hard to achieve that,” she said.

“No ruling is going to get in the way of that.”

While Semenya wouldn’t confirm if she planned to change her competition distance or perhaps move to another discipline, such as hurdles or long jump. However, her successful track record may set up her well for any challenges lying ahead.

When the  South African Sports Confederation and Olympic Committee announced a group of 57 athletes earmarked to participate in Tokyo, Semenya was included in the list. This despite her ineligibility to participate in the categories below 1 500m.

However, whether it’s in longer distances or another discipline, Semenya and other athletes may actually not get to chase Olympic glory from the planned start of 24 July due to growing fears about the outbreak of coronavirus in Japan possibly affecting the dates and location of the Games.