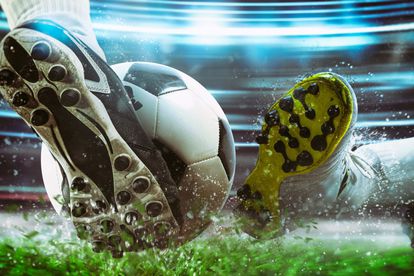 Who are the underdogs to look out for during the 2022 FIFA World Cup? Image credit: AdobeStock

Who are the underdogs to look out for during the 2022 FIFA World Cup? Image credit: AdobeStock

Indeed, 2010 aside when Carlos Alberto Parreira’s men gained automatic entry to the World Cup by virtue of being the hosts, you actually have to go back to the 2002 World Cup in South Korea and Japan to find the last edition that Bafana Bafana managed to qualify for.

With this World Cup qualification drought going on for a while, it won’t come as a surprise to learn that most football fans in the Rainbow Nation have adopted another team whilst the national side tries to get their house in order.

With this in mind, who are the underdogs that South Africans should keep an eye out for in Qatar this year?

The furthest the USA have managed to progress in the World Cup was the semi-finals in 1930 during the inaugural staging of the event. Yes, you read that right, the Stars and Stripes have been involved in the last four of a World Cup and it must have seemed like this soccer business was a piece of cake at the time, only, the US subsequently then went from 1950 to 1990 not qualifying for another World Cup. These days, however, the US have an exciting and immensely skilled young team that is led by Christian Pulisic. At 100/1, they’re a tantalizing outsider.

Most South Africans will be lining up to support Senegal who will be carrying the flag for the continent. Historically, the 2021 AFCON Champions have enjoyed a lean time at the World Cup finals and have only played in two so far. With that said, the Lions of Teranga reached the quarter-finals in 2002 and 20 years on, could go that far again. At 80/1 to go all the way in the Middle East, Sadio Mane’s men are one of the most appealing underdogs at the tournament.

Since 2006, Australia have become one of the most consistent nations in terms of qualifying for the World Cup. Sadly though, they tend to struggle once there with the Round of 16 being the furthest the Socceroos have ever gone. Tellingly, the latest online betting in Australia predicts that will be the case again. Indeed, the above list showcases the best domestic bookmakers from Down Under who have revealingly put a sense of patriotism aside by pricing Australia at long odds. In particular, bet365 which is one of the featured bookmakers, has the Socceroos at odds of 250/1 to win the World Cup. In short, 2022 could see the Australians make up the number once more but then again, they’re long overdue for a run of success. Watch this space.

It may still be too soon for any African to listen to anything positive about the Uruguayan football team after Luis Suarez broke the continent’s heart in 2010 with a volleyball-style save on the goal line that ultimately led him to be sent off, as well as Ghana being dumped out of the World Cup during the quarter-finals. With that said, Uruguay have come into sensational form after a few barren years and at 50/1, represent an underdog that could realistically win this World Cup in Qatar.